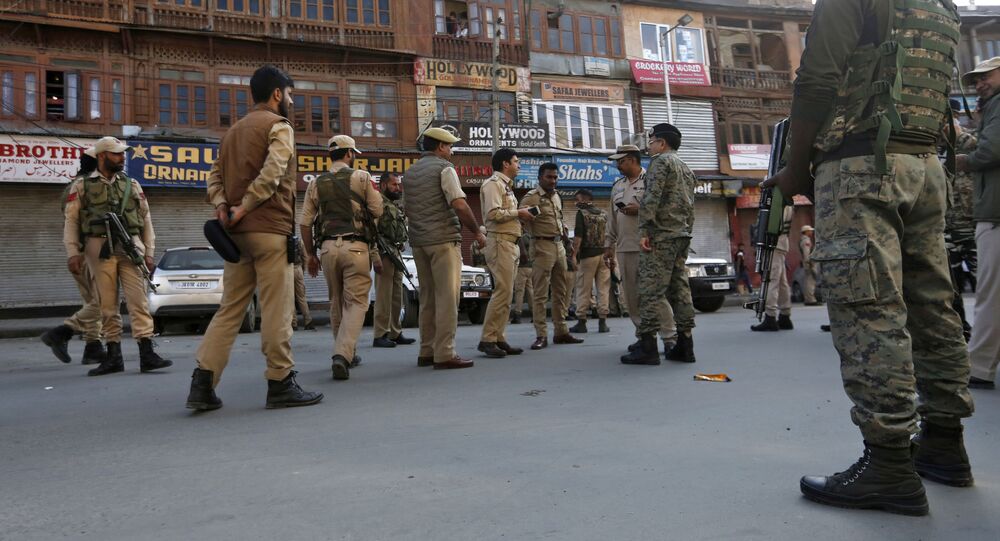 New Delhi (Sputnik): Lawyers in New Delhi insist they will remain away from the courts until action is taken against police who they claim violated the law.

A breakdown in negotiations between lawyers and Delhi police has led the former to announce a continuation of their strike for an indefinite period, The Times of India reported on Monday.

The meeting between the lawyers and the police negotiating team was held on the Delhi High Court’s orders on Sunday in the presence of Anil Baijal, the city’s Lieutenant Governor.

“Despite our cooperation, no concrete step has been taken to arrest the police persons who fired at advocates, so there would be complete, complete and complete abstinence from work,” local media quoted Dhir Singh Kasana, an official of the coordination committee of all district court bar associations, as saying.

Former Delhi Bar Association president Sanjeev Nadiar said Delhi police said they wouldn’t take any action in the shooting incident on a lawyer as the matter is under judicial consideration.

Last week there was a violent face-off between police and lawyers in a district court in New Delhi. Lawyers stopped all legal work and locked the premises, forcing litigants to return home without having their cases heard. Lawyers in other Indian states also went on strike in support of their colleagues in Delhi.

Lawyers also rejected an appeal from the Bar Council of India (BCI), the statutory regulatory body governing legal practice and legal education in India, to end their strike.

BCI President Manan Kumar Mishra said then: "Hooliganism and violence have no place in the Bar. The leaders will have to stop it immediately. It's my earnest and humble request.”

Delhi’s Lieutenant Governor Anil Baijal met top police representatives to find a way to end the standoff, but to no avail.

Both lawyers and police personnel, some with their families, took part in separate protests to demand action.

The clash between police and lawyers happened at the Tiz Hazari court in Delhi on 2 November following an argument over the alleged illegal parking of a vehicle. It left several policemen and advocates injured.

On 3 November, the Delhi High Court ordered a judicial inquiry into the clash. The report is to be submitted to the high court within six weeks.