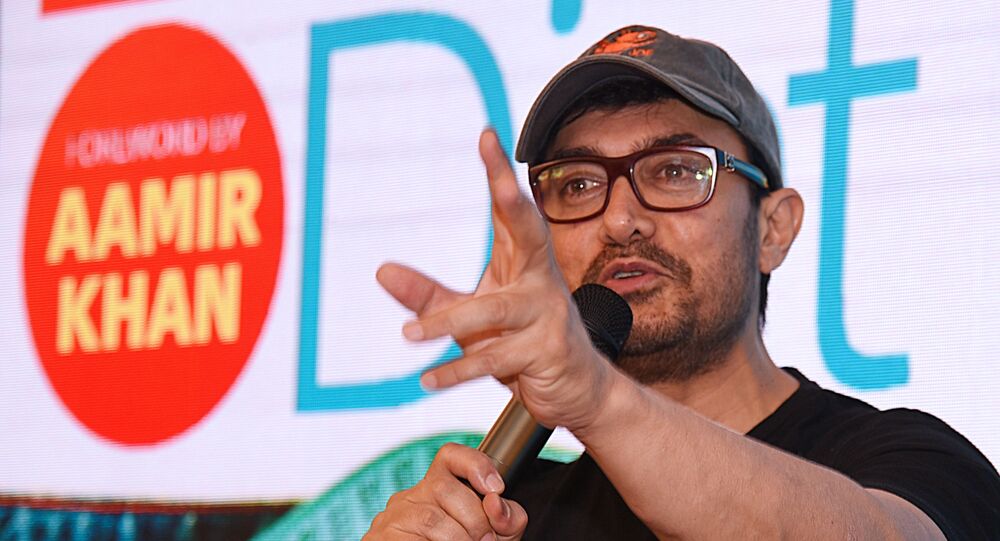 New Delhi (Sputnik): Bollywood’s “perfectionist” Aamir Khan has once again set social media on fire after a leaked image of him from his upcoming movie set went viral in India.

#AamirKhan as #laalsinghchaddha on the sets in Chandigarh #photooftheday #sunday

Aamir’s picture in his “get-up” earned him applause and praise on social media.

“He is looking superb,” another fan noted.

He is looking cute, adorable and something really unique. Getting a beautiful feeling looking at him. @aamir_khan #LaalSinghChaddha pic.twitter.com/zExilqQOWz

​Along with Aamir, the reigning “Begum” (Queen) of the Indian film industry, Kareena Kapoor Khan, also stars in the movie, which is slated for release next year on Christmas.

Now everyone postin pic of @aamir_khan from the set of #LaalSinghChadhdha

And now i am pasting #KareenaKapoorKhan from LSC set...😍😍😍 pic.twitter.com/vKlK0oWx43

​The hit Aamir-Kareena duo is returning to the silver screen after the 2009 hit movie “3 Idiots” that became the 10th-highest-grossing Indian film in overseas markets, where it made $30.5 million.

After back to back international hits, Aamir’s last film “Thugs of Hindostan” proved to be a box office disaster despite a dazzling star cast which included screen luminary Amitabh Bachchan and actress Katrina Kaif.

Is Hollywood Ready to Gush Over Another 'Exotic' Bollywood Beauty?