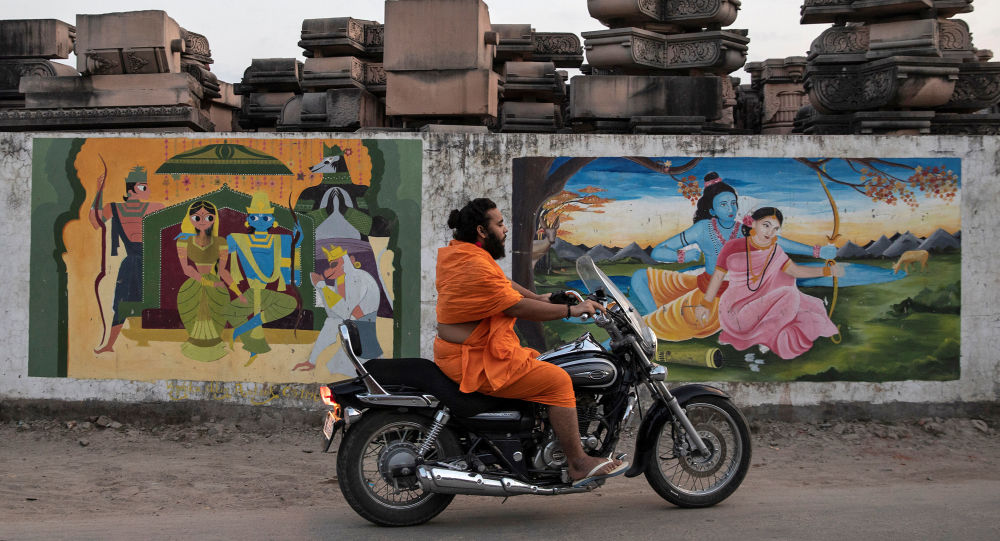 On Saturday, India’s Supreme Court ruled that the disputed religious site in the holy city of Ayodhya, Uttar Pradesh can be used to build a Hindu temple, while the city’s Muslims will be granted 5 acres for a mosque. What is the significance of this ruling? And what implications will it have for inter-religious relations in the south Asian nation?

Birth of a Centuries' Long Conflict

The Ayodhya dispute dates back to the 16th century, and the construction of the Babri Masjid Mosque. Built between 1528 and 1529 on a holy hill thought by Hindu believers to be the birthplace of Rama, a major deity of Hinduism, the mosque’s construction soon became a bone of contention between India’s Hindu and Muslim communities. These divisions were intensified in the 1830s, after a surveyor from the British colonial administration concluded that the pillars used in the construction of the mosque were taken from a pre-existing Hindu temple which was demolished beforehand.

Legal disputes, protests and violent clashes over the site would continue for nearly a century, and in December 1949, two years after India was granted independence from the British Empire, Hindu activists placed Hindu idols in the mosque, after which Hindu believers began visiting the site, prompting heightened inter-religious tensions and mass protests which ended in the government placing the holy place under lock and key, preventing visits from Muslims and Hindus alike. In 1986, after more than 30 years on lockdown, the holy site was reopened, with Muslims staging protests as Hindus were allowed to carry out religious ceremonies at the mosque.

Tensions continued to grow throughout the 1980s, as Hindu nationalist activists began campaigning to build a Hindu temple at the site, with the campaign soon joined by the Bharatiya Janata Party (the party of current Indian Prime Minister Narendra Modi) and other Hindu nationalist forces. In December 1992, tensions reached a boiling point after Hindu activists gathered at Ayodhya and destroyed the Babri Masjid Mosque.

This event sparked a spate of riots across the country that lasted two months; at least 2,000 people, most of them Muslim believers, were killed in the violence. This included 700 deaths in the city of Mumbai alone, between December 1992 and January 1993. The Mumbai riots were themselves followed by the March 1993 Mumbai bombings, when over 300 people were killed and 1,400 others injured in a series of car bombings orchestrated by a local criminal syndicate affiliated with Islamist terrorists. A 2002 Islamist train bombing targeting Hindu pilgrims returning from Ayodhya led to the deaths of another 58 people, with over 2,000 more believed to have died in further rioting.

The Indian government first set up a commission to investigate the destruction of the Babri Masjid Mosque in 1993, with further investigations established over the next two decades to establish the legitimacy of Hindu claims, including claims as to whether a Hindu temple dedicated to Rama was originally located at the site. In 2010, the Allahabad High Court, which has jurisdiction over the state of Uttar Pradesh, ruled to divide the Ayodhya holy site’s territory into three parts, giving two thirds control to two Hindu groups, and one third to a local Sunni Muslim group. This ruling was later challenged, and in mid-2011, India’s Supreme Court nullified the ruling amid contesting claims from both Hindu and Muslim entities.

In August 2019, after several more years of hearings and debate, mediation and repeated adjournments, the Supreme Court’s Constitution Bench began day-to-day hearings in the Ayodhya dispute, which continued until mid-October, when the court concluded them and began preparations for their final judgement. This judgement was finally delivered on November 9, with the Supreme Court ruling to grant Hindu believers the entire 2.77 acre territory in Ayodhya, with Muslims receiving 5 acres, paid for by the central government, at a separate location.

Given the violence previously associated with the Ayodhya dispute, and Indian-Muslim tensions associated with New Delhi’s recent decision to change the disputed status of Jammu and Kashmir, the Modi government has braced for renewed violence between India’s 960 million Hindu and 195 million Muslim communities over the Ayodhya ruling. Over 5,000 Indian troops and police were deployed in Ayodhya in the run-up to the Supreme Court ruling, with hundreds of people reportedly detained Friday while awaiting the verdict. Fears of violence spread to Mumbai, where authorities imposed prohibitions on the assembly of four or more people in one place on Saturday. Late last month, Prime Minister Modi urged Indians of all faiths to show restraint on the matter to avoid provocations and violence.

Supreme Court of India: Hindus to Get Ayodhya; Alternate Land Offered to Muslims