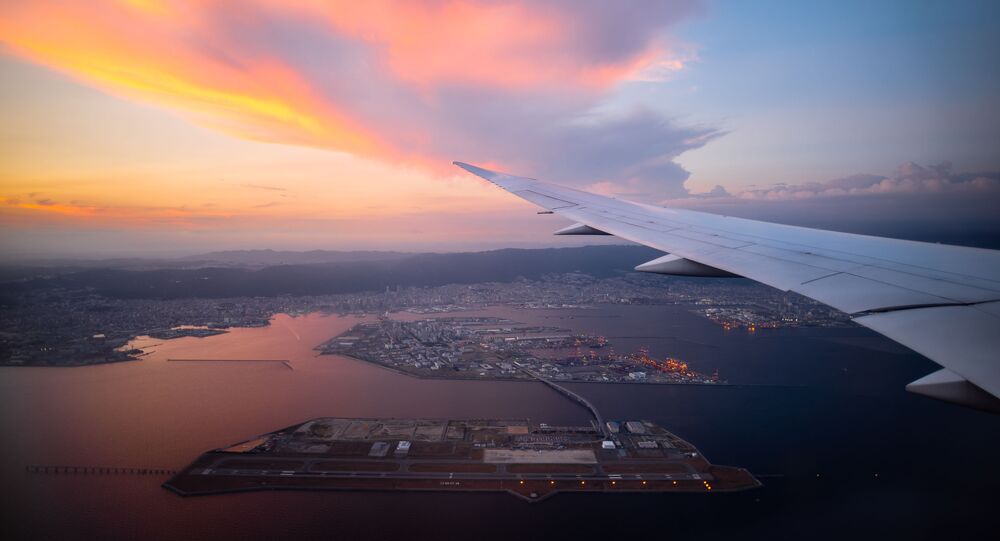 TOKYO (Sputnik) - Departures and arrivals at Kansai International Airport near the city of Osaka, in western Japan, were suspended twice due to drone-like object sightings overnight, Japan's NHK broadcaster reported on Friday.

According to Japan's NHK broadcaster, the possible drone intrusion was reported by the pilot of a plane approaching the airport on Thursday. Both runways were promptly closed to ensure safety, and an hour later the airport resumed work.

However, shortly after the situation calmed down, a security guard again reported seeing a possible drone. The incident triggered another closure of the runway. No drone was discovered, and the airport went back into operation after midnight local time.

Due to the disruption, a total of 27 flights were either cancelled or rerouted.

The Japanese Ministry of Land, Infrastructure, Transport, and Tourism called upon the airport’s crew to take urgent measures to prevent such situations. Kansai’s management is considering the possibility of purchasing a censor system to identify drones around the airport.