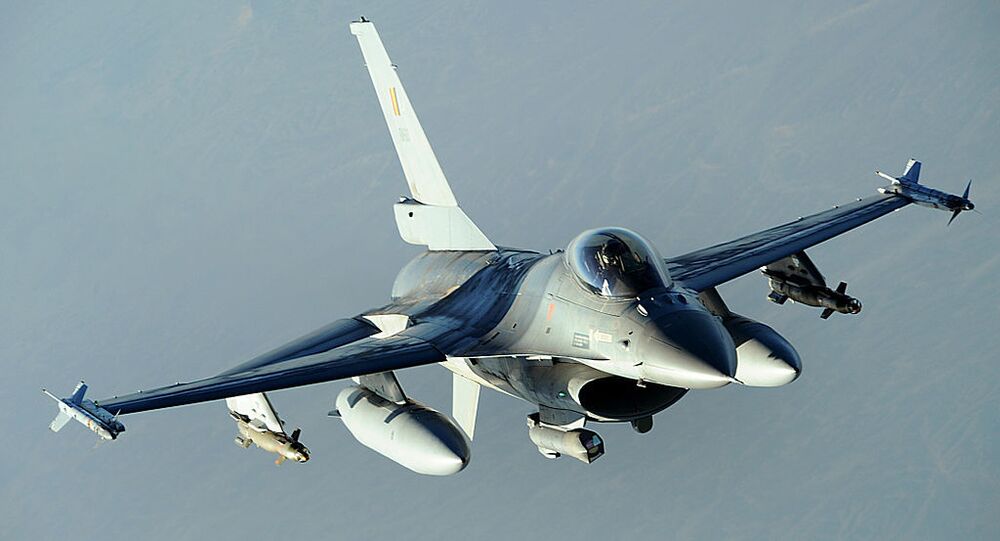 TOKYO (Sputnik) - The authorities of Japan's Aomori prefecture demanded that the US military command refrain from carrying out F-16 aircraft exercises until the reasons for a dummy shell drop were established and measures to prevent such incidents were taken, Japanese media reported on Friday.

According to the NHK broadcaster, the prefecture's governor, Shingo Mimura, passed the corresponding statement to Japanese Defence Minister Taro Kono.

On Wednesday evening, a US aircraft dropped a 500-pound shell that fell into a pasture during exercises at the Misawa base in the Aomori prefecture.

There were no explosives in it, but due to the flight altitude, it crashed deep into the ground. The authorities of the prefecture expressed concern because, due to the presence of schools located in the area, the fall of even a dummy shell could lead to irreparable consequences.

© CC0 /
Oops, I Did it Again: US F-16 Jet Accidentally Drops Dummy Bomb in Japan

Repeated incidents with US military aircraft in Japan have occurred recently. In late August, a CH-53 heavy transport helicopter the US troops in Japan "dropped" a plastic port window at sea off the coast of Okinawa during a flight.

In December 2016, a US Osprey convertiplane crashed during an aerial refuelling exercise.