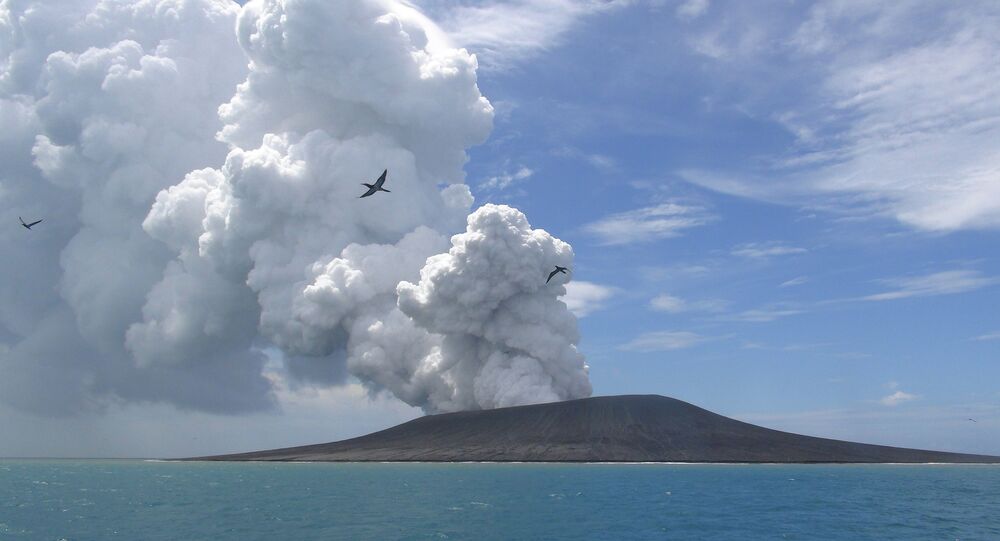 Satellite images released earlier this week depict the gradual emergence of the new Lateiki Island, which is 3 times bigger than the original one. According media outlet Matangi Tonga, the latest eruption was first reported to the Tonga Meteorological Services (TMS) at Fua’amotu on the morning of 14 October by the Tongan vessel MV Ngutulei.

Since mid-Oct we’ve been tracking the #Lateiki (#Metis Shoal) #eruption with satellite imagery. By Nov 1 an elongated island has appeared at the main focus of activity. In the right most image we have combined the 1st and last images showing the 1995 dome appears to have gone. pic.twitter.com/tSukPm6car

​The media outlet said that further reports and data on the 'growing' new volcanic island were made with the assistance of New Zealand aircraft.

The Kingdom of Tonga is an archipelago of about 170 islands in the South Pacific Ocean, located in a seismically active zone known as the Ring of Fire that regularly suffers from powerful earthquakes and volcanic eruptions.

Before last month, the most recent emergence of an island in Tonga was registered in 2015. An undersea volcanic eruption, which reportedly lasted for about a month and disrupted local air traffic, created a new island measuring about 1.8 kilometers (1.1 miles) by 1.5 kilometers (0.9 miles).

Strong Earthquake Strikes Off Near Tonga