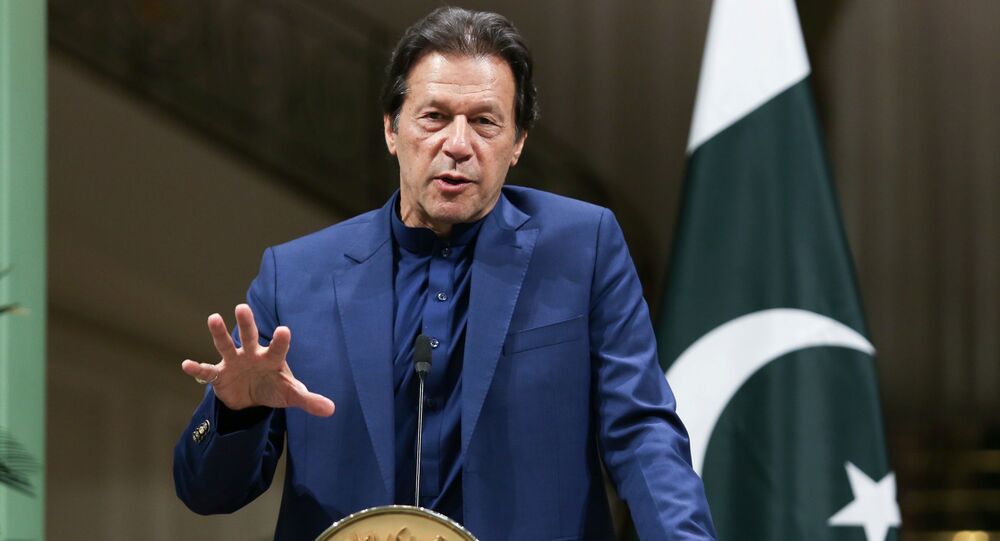 Pakistan military spokesperson Major General Asif Ghafoor, however, made it clear that not a single Indian would be able to cross the border to visit Kartarpur Gurudwara in Narowal without a legal entry permit or passport. Citing security reasons for the summersault, Ghafoor said Islamabad would not grant any leniency towards those using the agreed corridor.

“As we have a security link, the entry would be a legal one under a permit on a passport-based identity. There will be no compromise on security or sovereignty,” Gen Ghafoor said while talking on a private TV channel on Wednesday night.

The overruling by the Pakistan Army of Prime Minister Khan's promise of passport-free passage to the holy sites in Pakistan comes just two days ahead of the inauguration of the corridor linking the two key Sikh Shrines in Pakistan and India by Imran Khan. Khan had also promised to waive visa fees on the day of inauguration and the 550th birth anniversary of Guru Nanak, the founder of the Sikh religion. He had said that Indian pilgrims could enter Pakistan through the corridor to visit Gurdwara with any valid travel documents.

“For Sikhs coming for pilgrimage to Kartarpur from India, I have waived off 2 requirements: i) they won’t need a passport - just a valid ID; ii) they no longer have to register 10 days in advance. Also, no fee will be charged on the day of inauguration & on Guruji's 550th birthday,” Imran Khan tweeted on 1 November.

Pakistan has ensured that the religious sentiments of Nanak Naamlevas, especially Sikhs, are fully respected and all the needs of the pilgrims are catered for.#PakistanKartarpurSpirit pic.twitter.com/HRtNLiEWmj

Over a thousand Indians have been preparing to cross the border through the corridor which links two important holy sites connected to the founder of Sikhism, Guru Nanak on the Indian and Pakistan sides.

While briefing diplomatic corps on Wednesday 06 November in Islamabad, Pakistan foreign secretary Sohail Mahmood said, “Pakistan will permit 5,000 Indian pilgrims of all faiths without visas, per day, seven days a week, throughout the year, with the provision for additional numbers on special occasions, subject to capacity”.

The Foreign Secretary stated that besides the Kartarpur Sahib Corridor, pilgrims from India would be coming through Wagah border as well. Similarly, thousands of pilgrims from across the world, especially from countries with large Sikh communities, would also be coming to Pakistan.

Nevertheless, the Indian government claimed the trans-border visit by the pilgrims would be as per the agreement signed between the two countries last month.

“The bilateral agreement remains the cornerstone on how the corridor will operate…the agreement says that passports will be the identifying document for Indian nationals. Pakistan has not told us if they want to amend it, despite us asking them about it. So, we will go by what is there in the bilateral agreement,” foreign ministry sources said on Wednesday.

The officials also expressed concern over the appearance of some secessionist leaders in an official video released by the Pakistan government.