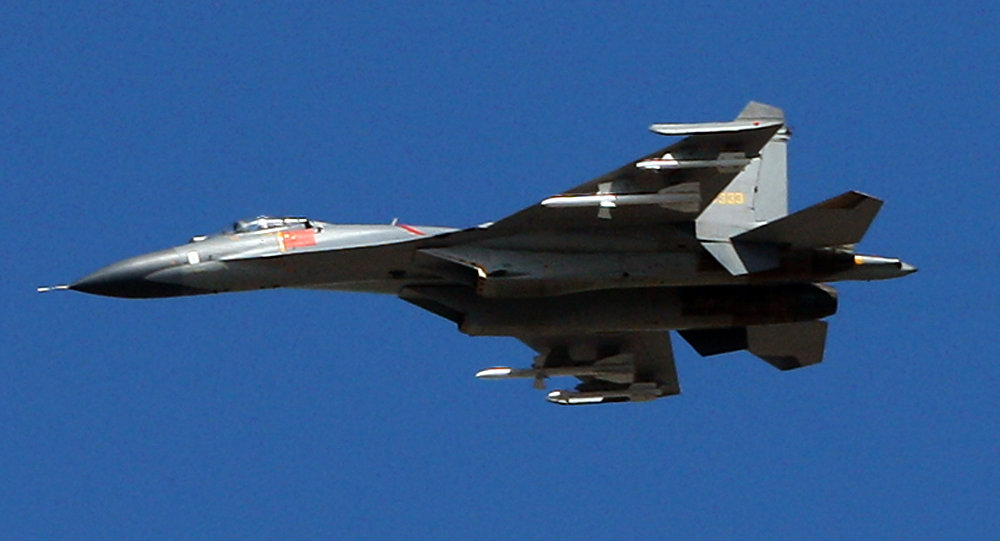 China reportedly developed a new variant of the J-11B fighter jet with new radar that can see farther and enable long-range missile use, a move that will significantly boost the Chinese Air Force's capability, military experts said on Tuesday.

It is participating in a systematic combat drill at a desert, CCTV said, without elaborating.

Unlike other J-11Bs that serve in the PLA Air Force, which have black radar domes (radome), this particular J-11B has a white one, suggesting it is equipped with a new type of radar, reported Weihutang, a column on military affairs affiliated with CCTV, on Monday.

"The reported new radar is likely an active electronically scanned array (AESA) radar, which has longer detection capabilities, can better identify targets and enable the use of long-range air-to-air weapons," Wang Ya'nan, chief editor of Aerospace Knowledge magazine, told the Global Times on Tuesday, noting that the Su-27, from which the J-11B was developed, uses mechanically scanned radar that has low detection distance and scan speed.

This will also allow the J-11B to conduct a wider variety of missions, including reconnaissance over sky, sea and land, Wang said.

A J-11B was spotted earlier this year carrying what seemed to be a powerful PL-15 long-range air-to-air missile. Military observers said back then the advanced missile's range is longer than the detection range of the fighter's outdated radar, so the fighter might have to rely on data from other warplanes, like early warning aircraft, to target its enemies.

But with the new radar, the J-11B variant could launch a PL-15 at maximum efficiency on its own, analysts said.

The J-11B variant's participation in a military drill means it could have joined military service, or it is also possible that it was conducting a test or evaluation on its capabilities, Wang said.

If China's vast fleet of J-11s can be outfitted with AESA radars, it will significantly boost the PLA Air Force's overall combat capability, Wang said.

This interview was originally published in Global Times.