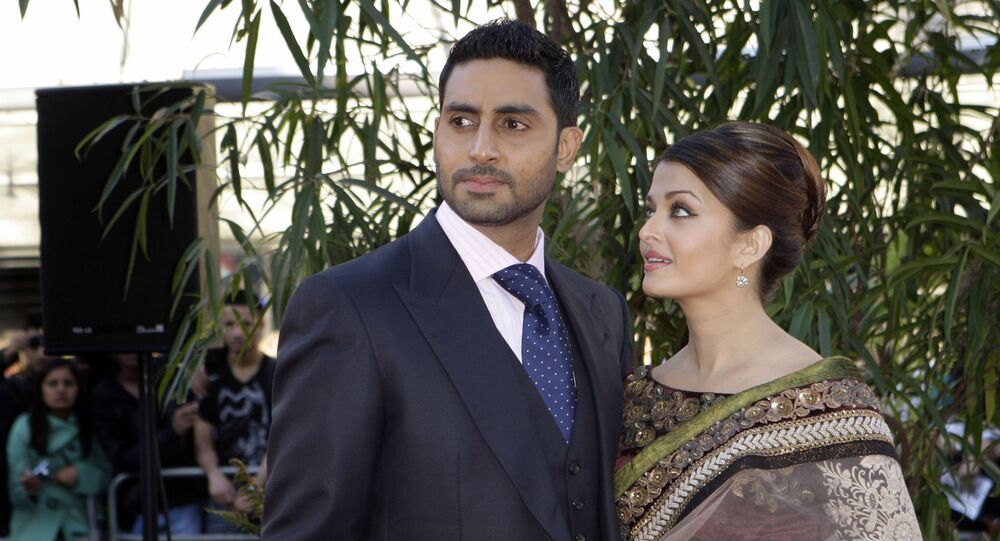 New Delhi (Sputnik): Abhishek Bachchan, son of Indian megastar Amitabh Bachchan, has not been seen on the silver screen for quite some time now, with 2018 being the last time he appeared on the big screen.

Indian actor Abhishek Bachchan has shared a motivational post on Twitter that read "Have a purpose, have a goal. Something impossible you want to accomplish, then prove to the world that it's not impossible" - and it immediately led to a sarcastic comment from a user, who wrote: “What do you call a person who is happy on a Monday? Unemployed!”

The netizen was apparently referring to the fact that the 43-old actor and son of Bollywood A-lister Amitabh Bachchan, has not appeared on the silver screen for a long time.

What do you call a person who is happy on a Monday ? Unemployed !

Abhishek, however, seemed unfazed, replying "Nah! Disagree. Somebody who loves doing whatever they are doing" - and soon, tweets came pouring in, supporting the actor.

He's underrated. Loved him in Guru and zameen, and forgot the name of the movie with devgan where he gets the best FF award for the comedy role.

First know the defination of unemployed then point finger towards a well renowned well settled person by his family and himself...atleast leave everything and justify your name itself by your deeds!!

​Similarly, Abhishek had, in the past, given a befitting reply to a woman who trolled his then six and now seven-year-old daughter Aaradhya and wife of 12 years, former Miss World and top Bollywood actress Aishwarya Rai Bachchan.

The women had tweeted: “@juniorbachchan is ur child not going to school? I do wonder What school gives permission to take out a kid when u like to go on a trip with mom. Or are u guys going for beauty without brains. Always hand in hand with an arrogant mom. Not having a normal childhood.”

To which Abhishek replied: “Ma’am, as far as I know… Most schools are shut for the weekend. She goes to school on the weekdays. Maybe you should try it, considering your spelling in your tweet.”

Abhishek has won accolades for his role in various movies including ‘Guru’. He is set to make his next appearance in Director Anurag Basu’s untitled film.

© AFP 2020 / Loic Venance
Aishwarya Rai Bachchan Turns 46, Twitter Erupts With Birthday Wishes in India
In the last season of director Karan Johar's chat-show, junior Bachchan revealed that "it is heartbreaking for any actor who has been once centre-stage to be on the side... it is difficult to digest. That hurt, that humiliation is important. The industry is a brutal place."

Abhishek made his debut in the Indian entertainment industry in the year 2000 opposite then debutant and now the "Begum" (queen) of Bollywood, Kareena Kapoor Khan with a war-drama movie titled "Refugee".

In his career spanning 19 years, Abhishek has acted in over 60 Indian movies.