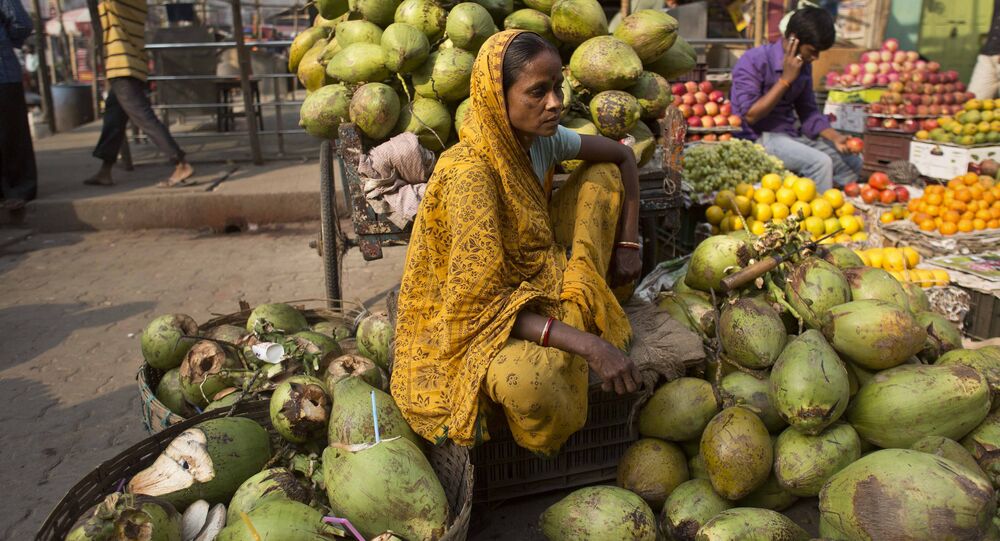 New Delhi (Sputnik): Coconut palm is one of the most cultivated plants in the world and is widely used for many industrial and commercial applications. The crop faces many challenges including its destructive environmental footprint and now, the incidence of a debilitating phytoplasmal disease.

The conventional method of seed propagation can only produce a maximum of 40-50 quality coconut seedlings annually and its uniformity is not assured because of cross-pollination. Tissue culture, however, can be used for mass multiplication of coconuts for large-scale production of disease-resistant coconut palms for replanting.

A team of Indian farm scientists have succeeded the in vitro generation of coconut plantlets from immature inflorescence. The scientists from state-funded Central Plantation Crops Research Institute in southern state of Kerala have made plantlets from a common variety of coconut species, West Coast Tall.

Over the past few decades, cloning coconuts has been attempted in research laboratories worldwide. Thomas said his team has now been able to grow a complete plantlet from an immature inflorescence.

“Usually a plantlet is produced from the seed. In tissue culture, any plant part (explant) that is cultured can grow into a complete plant, like cloning. It can be inflorescence tissue, or from any part like root tips, buds, or leaves and we call them somatic tissue, whereas the seed is a zygotic tissue. In coconut we create a plantlet through embryogenesis or organogenesis,” he said.

Though there is no coconut variety that is totally resistant to all pests or disease, Thomas asserted that if the mother plant is resistant to particular diseases or pests, the plantlets produced from it through tissue culture will also be similarly resistant.

“If the tissue is taken from a disease-resistant plant, all the progenies will be disease-resistant, if it is from a pest-resistant plant, all the material will be pest-resistant. But you will not get a plant resistant to all the pests or diseases. As of now, we have not come across any coconut variety, which is resistant to all the pests and diseases. In Southern Kerala, the most prevalent disease is root (wilt) disease. “Hence, we are trying to develop a variety with durable resistance to root (wilt) disease.” Thomas stated.

Right now the plantlets are in vitro (in lab condition) and the team is working on refining and upscaling them for mass multiplication. The study was published in Current Science in its September 2019 edition.

In India, only two distinct varieties of coconut are cultivated – the tall and the dwarf. The most common tall varieties are West Coast Tall and East Coast Tall. The dwarf variety is shorter in stature and its life span is short, as compared to the tall. Some hybrid varieties are also available for commercial cultivation.

Coconut is cultivated in India in about 20.97 million hectares and the production, according to the latest data available, was 27,798.23 million nuts.