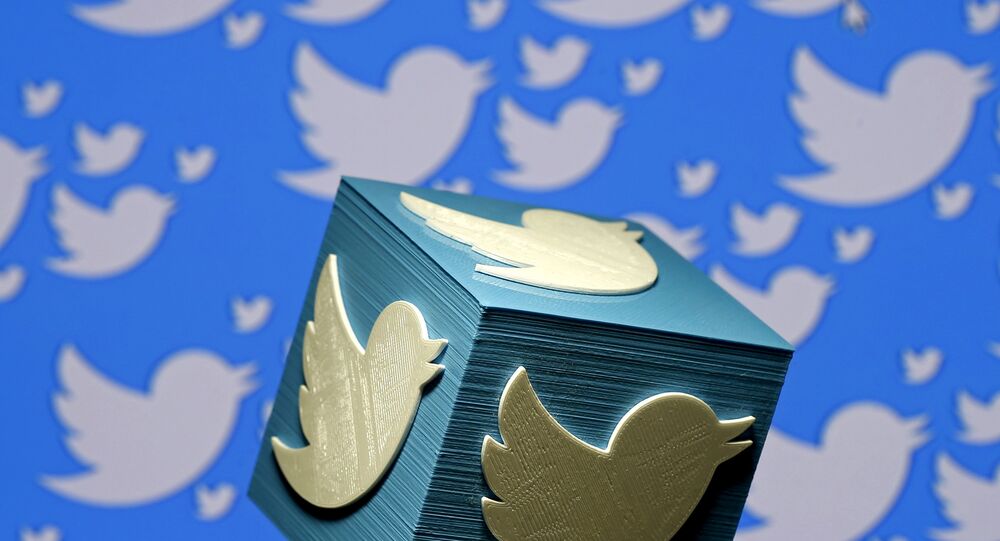 New Delhi (Sputnik): Indians from the lower caste, known as Dalits or "Untouchables", have started a massive campaign against Twitter, demanding that they be given a “rightful place” on the platform and that it stop using “blue ticks” to divide users.

#CancelAllBlueTicksInIndia is trending on Twitter in India as thousands of people belonging to the marginalised lower caste Dalit community are fighting what they deem as discrimination on the micro-blogging site in the country.

One of the most prominent voices of this movement is senior Indian columnist Dilip C. Mandal, who previously accused the micro-blogging platform of being discriminatory against people from the Scheduled Castes (SCs), Scheduled Tribes (STs), and Other Backward Castes (OBCs) in the country.

According to the ancient hierarchy system of India, these castes have been placed right at the bottom of the societal-status pyramid for ages.

While the social protest against Twitter’s alleged “casteist” policies have been going on since November last year, the cause gained momentum earlier this week after Mandal blamed Twitter for not verifying the profiles of eminent people from the “oppressed” community on its platform.

Influenced and caught up in rage, netizens have been slamming, trolling, and threatening Twitter India and CEO Jack Dorsey, blaming the micro-blogging site for implementing what they call unequal and biased practices on its platform that has around 33 million users in the subcontinent.

Recently, Twitter verified the profile of Indian Home Minister Amit Shah’s son Jai Shah, who only had 27 followers and one tweet - something which led netizens to demand that the platform disclose the criteria for adding a “blue tick” to a profile.

Dear @TwitterIndia , verify my ( @YadavsAniruddh ) and @ihansraj account immediately. Do not discriminate against both of us.I am a backward and Hansraj tribal.And we both know how to lock your office. Otherwise, remove all the blue ticks.@dilipmandal#cancelallBlueTicksinIndia

dear @twitter India ,you accept inclusion and diversity as your governing principal .Can you reveal your criteria ? Here i have my doubts , for inclusion you mean four - five castes and diversity means sub caste of these castes. Why not,once & all #cancelallBlueTicksinIndia

Hi @jack, @manishm345 in india is spreading cast based discrimination by not giving verified badge to untouchables and aadiwasi activitist and politicians though we are 85% of indian population and he is ignoring us kindly strongly look into this #cancelallBlueTicksinIndia

#बेशर्मजातिवादीट्विटर
Don't forget history what they did to us...

If you can't give blue tick to all then simply remove all .

Now, it's time to be more democratic&inclusive. You sud set d criteria of verifying d accounts. I hav seen the ppl who have less than 1K followers & their accounts r verified. Jay Shah had 27 followers when his account was verified.#cancelallBlueTicksinIndia or verify everybody.

There should be any rule for the verified account. One should have 27 followers and verified one having 400k not verified.
For that #cancelallBlueTicksinIndia pic.twitter.com/qpdMSheIrM

​In light of the accusations, Twitter India has claimed that the platform’s "commitment to inclusion and diversity is fundamental and crucial to the effectiveness of Twitter services" in India.

“Members of marginalised groups come to Twitter every day to express themselves, shed light on important issues, and join a community of allies”, local media quoted a Twitter spokesperson as saying on Tuesday.

This is not the first time that Twitter has been accused of being a “racism” promoting platform in India.

Earlier in November, Dorsey kicked up a social media storm in the country after a picture of him holding a placard saying "smash Brahminical patriarchy" went viral on social networking platforms.

During Twitter CEO @jack's visit here, he & Twitter's Legal head @vijaya took part in a round table with some of us women journalists, activists, writers & @TwitterIndia's @amritat to discuss the Twitter experience in India. A very insightful, no-words-minced conversation 😊 pic.twitter.com/LqtJQEABgV

Feminists use the term #BrahminicalPatriarchy to talk about how #brahminical norms determine #caste & #gender relations. It is fact not violence to name how one caste through scripture has held hegemonic power for centuries. #SmashBrahminicalPatriarchy @twitterindia @jack pic.twitter.com/SYQgLvnqBx

​The reference to “Brahmins”, the traditional priestly class who sit atop the caste hierarchy in the nation, outraged India’s majority Hindu community.

At the time, Twitter India explained that the poster was handed to Dorsey by a Dalit activist when the platform hosted a closed-door discussion with a group of women to know more about their experience using the micro-blogging platform.