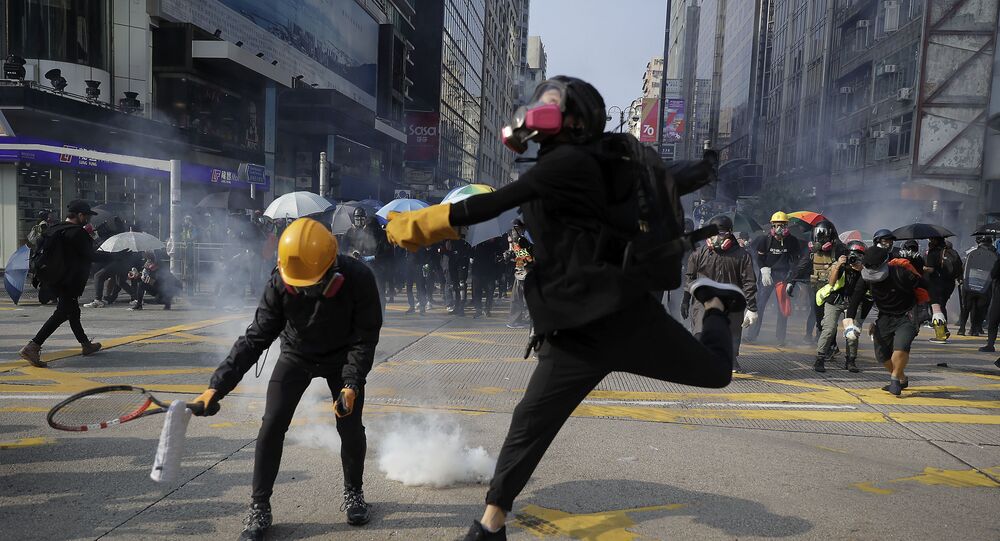 Pictures of the aftermath show smashed front windows and graffiti sprayed over walls in the latest attack on companies viewed as close to the Beijing government.

The attack came as renewed violence flared up in the centre of Hong Kong, with security forces using tear gas and protesters employing petrol bombs, according to the South China Morning Post newspaper.

The unrest resumed Saturday despite a carpet ban on meetings and demonstrations by the Hong Kong government, as well as a prohibition on wearing face masks. Protesters attempted to bypass the ban by holding an "election meeting" with political candidates, an assembly the organizers maintained was legal even without an official permit. However, riot police intercepted the gathering at Victoria Park and Causeway Bay which led to the violent standoff.

The mass protests started in China's special administrative region in early June as a reaction to a highly unpopular bill that would have allowed people to be extradited to the mainland. The draft bill was eventually dropped but protesters have since become more radical and demand sweeping changes in Hong Kong.