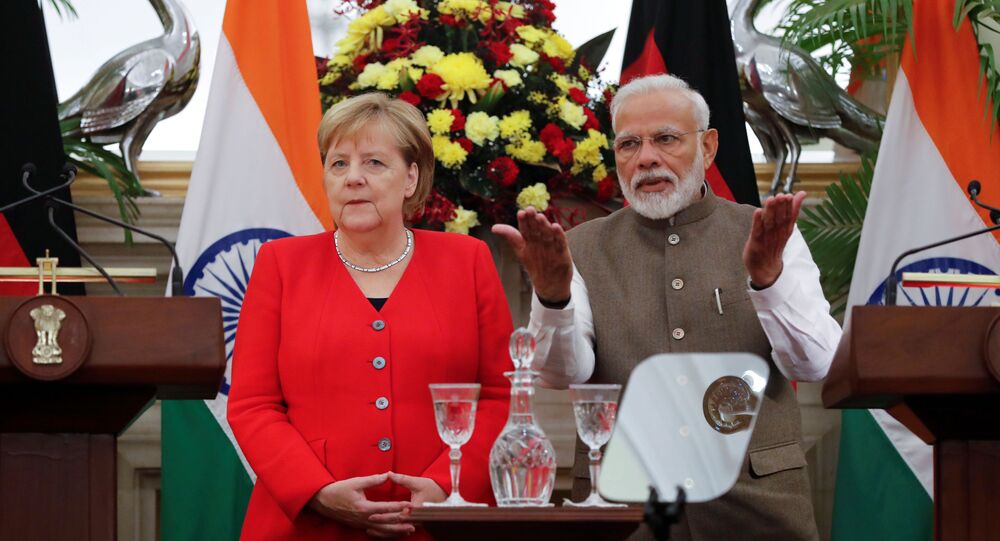 Indian Prime Minister Narendra Modi said that the expertise of technological and economic powerhouses like Germany will be used in building a New India by 2020, a statement said.

Both Modi and German Chancellor Merkel, who is in India from 31 October to 1 November, said the Indo-German Strategic Partnership is based on the common values and principles of democracy, free and fair trade, and a rules-based international order, as well as on mutual trust and respect.

Acknowledging that AI will have a fundamental impact on the way the world lives and functions in the coming years, both sides agreed to take collective efforts to encourage and develop cooperation on AI technologies and thereby promote innovation and sustainable development.

Emphasising on the need to counter terrorism, both leaders stressed the importance of the combined effort by all countries to fight global terrorism and condemned terrorism in all its forms.

Referring to the need to present a united front in the fight against this global menace, the two leaders called for the adoption of the Comprehensive Convention on International Terrorism (CCIT) in March 2020.

The leaders said they are determined to enhance bilateral trade and investment, confirming the importance of a balanced Free Trade Agreement between India and the European Union, and agreed to deepen efforts to restart negotiations between the EU and India on the Bilateral Trade and Investment Agreement.

Modi added that India and Germany will continue cooperation to step up the process of reforms in the United Nation Security Council.

Germany: Up to India to Go Ahead With Iranian Oil Imports Amid US Sanctions