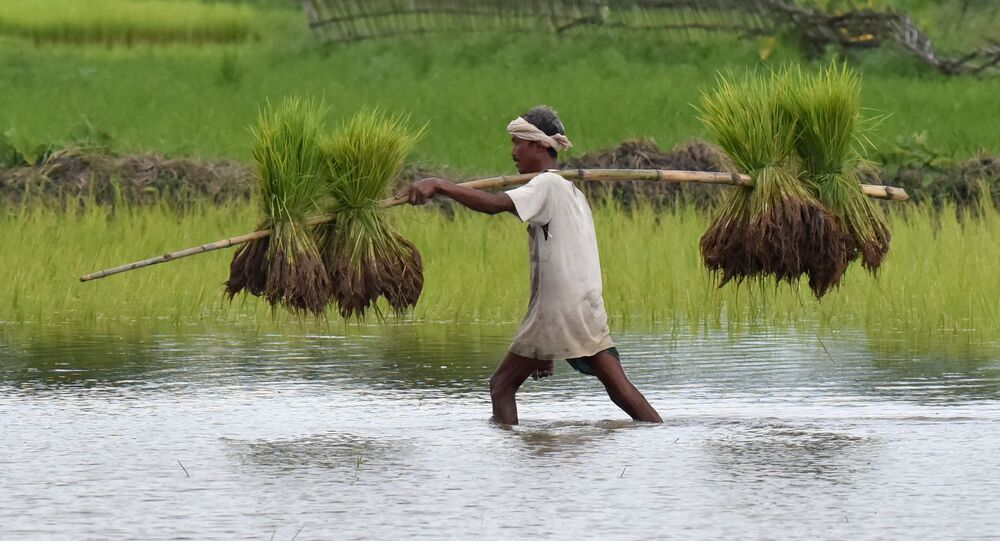 Fed up with the ongoing political wrangling in the Indian state of Maharashtra, a debt-ridden farmer has appealed to the Governor of the state to name him the region’s chief minister until political parties stop squabbling over who should rule.

Farmers are worried about floods damaging their ready-to-harvest crops, he said, adding that if the ruling Bharatiya Janata Party-Shiv Sena (BJP-SS) political coalition is unable to decide who will be chief minister, he is ready to take on the chief minister’s responsibility for the sake of farmers.

#Maharashtra: Shrikant V Gadale, a farmer from Beed Dist. has written to the Governor stating,"till the time matter of CM post is sorted out,I should be made CM. It is a tough time for farmers due to crop damage after untimely rains.A govt in the state is needed at the earliest." pic.twitter.com/oR3PH1370V

​"I will solve the problems of farmers and give them justice," Gadale said in his letter, adding that if the administration did not take his letter seriously, he would protest through "democratic means".

Netizens took to social media to express their support for Gadale, saying he was absolutely right in voicing his distress over the ongoing political tussle in the state.

Very sensible advice of a Farmer from Beed 👌👍🇮🇳😜

Hahaha! This is a nice, tight slap on the face of power brokers and grabbers. Our politicians are mocking the people by disregarding the verdict that was given.

Such minimum common sense is missing in political parties! Indeed Political vacuum at this difficult time for our farmers is bad. In the interest of our farmers, parties should stop brinkmanship and form a working government, may it be of any hue!

​Issues relating farmers were key during the campaign leading up to the assembly elections held in Maharashtra on 21 October.

Heavy rains and widespread flooding in the month of August destroyed over 400,000 hectares of agricultural land.

Suicides by indebted farmers also emerged as a thorny issue during the election campaign.

The BJP and Shiv Sena contested the election together and won 161 state assembly (legislature) seats out of the 288 seats that were elected.

But for the last 12 days, the formation of a government in the state has been stalled following the Shiv Sena’s refusal to budge on its 50 per cent share of state cabinet berths and calls for the post of the chief minister to be rotated between the two parties at intervals of two-and-a-half years.

That the divide between the two political parties runs deep can be gleaned from a statement made by Shiv Sena leader Sanjay Raut.

“If we want, we can form our government with a two-thirds majority and have our own as chief minister. A party (BJP) which has no majority, should not have attempted to form the government,” he said on Thursday after meeting veteran opposition leader Sharad Pawar.