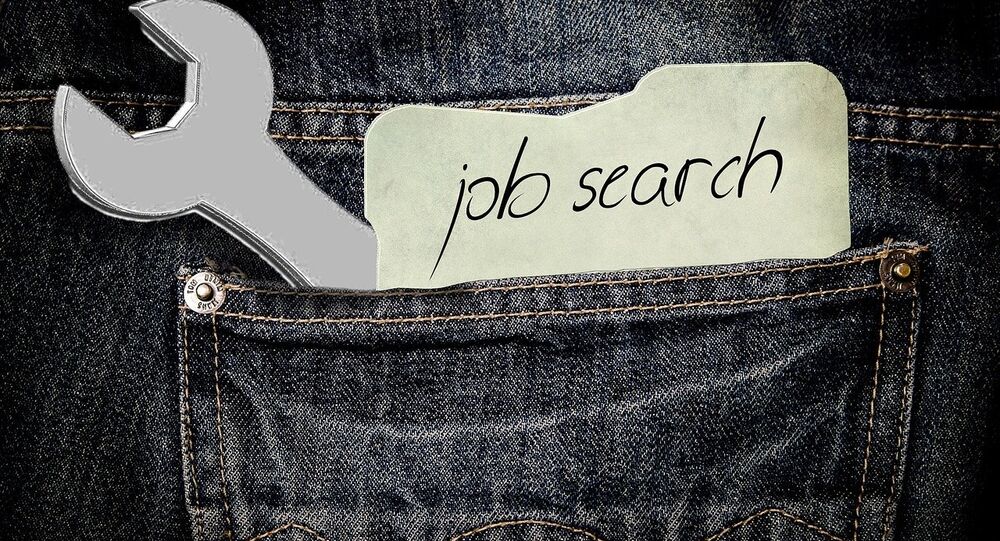 New Delhi (Sputnik): India's economic growth has been recorded at about 5 per cent this year. The slowdown in the manufacturing sector has led to lay-offs and losses of jobs in the market. Amid the economic slowdown, reports of increased jobless rates have been circulating.

A study by Professor Santosh Mehrotra of Jawaharlal Nehru University and Jajati K. Parida of the Central University of Punjab has confirmed a decline in employment rates over the years, which they linked to the country’s economic growth.

The study, which found that total employment in India has declined by nine million in six years, states: “This is the first time such a decline has been recorded in the history of independent India. Growing rates of unemployment among educated youth and the lack of quality non-farm jobs have led to an increase in unemployment.”

The decline in employment in agriculture and manufacturing and the slow growth of construction jobs have resulted in the slowing of the process of structural transformation since 2012, it adds.

About 1.5 million jobs were reported to be at risk due to sluggish auto sales and consumer demand in sectors like textiles and jewellery. The manufacturing industry, which holds job creation potential, approached stagnation with Factory production based on the Purchasing Managers’ Index (PMI) for manufacturing slipping to a two year low of 50.6 in October compared to 51.4 in September.

Although the government has focussed on improving economic conditions with a number of measures, much is left to be accomplished in regards to unemployment.

Under the Mahatma Gandhi National Rural Employment Guarantee Act (MGNREGA), the government had given a push to the job market in rural areas by providing 100 days of employment in 2005.

The question arises as to whether introducing a similar scheme could be helpful as most of the job losses occurred in the agriculture sector, and demand has declined in rural areas.

Dismissing the criticism surrounding unemployment, Indian Minister for Labour and Employment Santosh Kumar Gangwar said in September, that there were ample job opportunities, adding that North Indians lacked the skill sets to do those jobs.