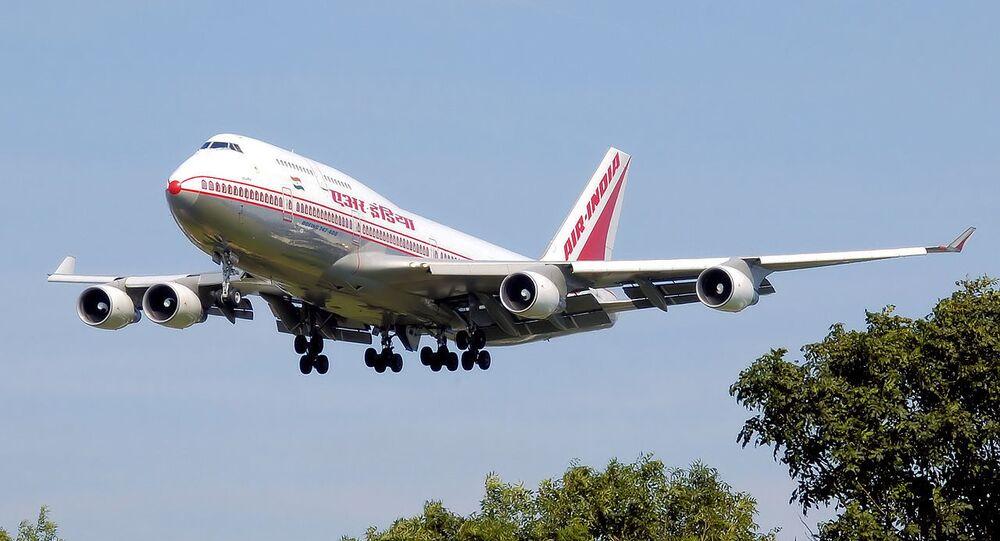 New Delhi (Sputnik): India’s national carrier is looking to raise this amount to refinance existing bridge loans. The airline is yet to have long term financing for six B787 and one B777-300ER, according to a tender document.

India's cash-strapped national carrier Air India is seeking to raise a fresh loan of $819 million (over Rs. 5800 crores) to refinance an earlier loan to buy seven Boeing aircraft, including six B787 and one B777-300 planes, a media report said.

Generally, a bridge loan refers to borrowing made until a long-term funding facility is available.

Bids have been invited from banks and other financial institutions for the said amount to enable the airline to induct these new planes as replacements for its ageing fleet. The deadline for submitting bids is 14 November, Indian news agency PTI reported.

The tenure of the loan would be for "one year or till the long term take out financing is in place, whichever is earlier", the tender document further states, adding that the central government will act as guarantor for all seven planes.

Meanwhile, the central government is working on the final contours of the proposed disinvestment of Air India.

The government is planning to invite preliminary bids for a 100 percent stake sale of Air India next month. Some entities have already expressed interest in buying the national carrier, government sources said.

The airline is sitting on a debt of around $8.2 billion (Rs. 580 billion), in addition to huge accumulated losses.