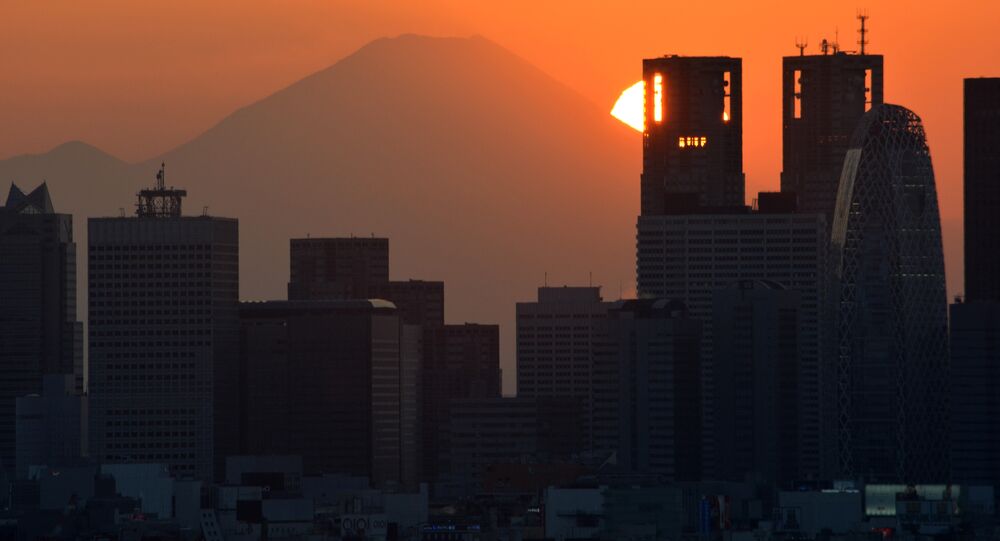 Japanese officials are working to confirm whether or not a recently discovered body on Japan’s Mount Fuji is that of a climber who livestreamed his shocking fall from the mountain’s snow-covered slopes.

Citing a police official with knowledge of the investigation, AP reported that the body was discovered Wednesday at an altitude of roughly 9,800 feet. No additional details of the unidentified individual have been released by officials.

A 10-member rescue team first began their ascent of the active volcano on Tuesday after receiving multiple calls from concerned viewers who had been watching a livestream published on Japanese video-sharing website Niconico by a man who identified himself as “TEDZU.”

In the video, which was titled, “Let’s Go to Snowy Mt. Fuji,” the climber is seen making his way up Mount Fuji while also remarking about how cold his fingers are. "My fingers are killing me. But I have to operate my smartphone. I should have brought a hot pack," the individual reportedly says.

However, just seconds after stating that he’s approaching a “slippery” portion of the cliffside, the individual slips, and is sent violently down the side of the volcano. The livestream eventually cuts off after appearing to show the climber sliding down the cliff feet-up.

Media reports have suggested that the livestreamer traveled from Tokyo to begin his climb.

Although there are no laws barring climbers from trying to climb Mount Fuji year-round, the climbing season officially ends in mid-September. Officials often urge climbers to forgo the journey during Japan’s winter months, as the snowy slopes increase the chances of negative outcomes.