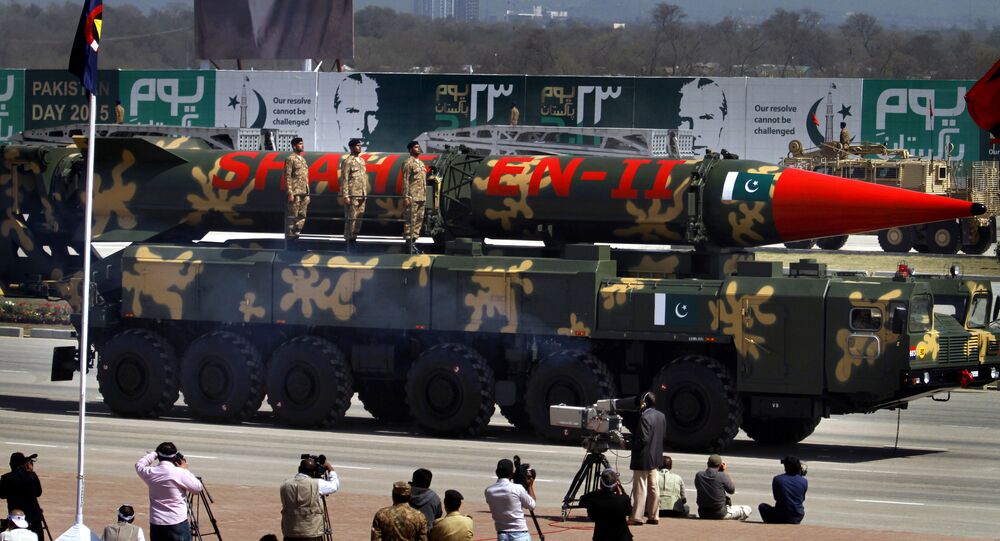 New Delhi (Sputnik): Pakistan has expressed concern over a three-month curfew and communications blockade in Indian-administered Kashmir. Prime Minister Imran Khan has even promised to protect Kashmiris at any cost.

Pakistan has issued missile threat to countries who side with India over the disputed Kashmir region. Pakistan’s Minister for Kashmir affairs Ali Amin Gandapur also warned that the Islamic Republic would to go to war over the contested territory if necessary.

“If the tension with India escalates on the issue of Kashmir, Pakistan will be forced into a war", the minister said while adding that he regrets that the world has done nothing to resolve the issue.

Highlighting the Kashmir issue on the day the Pakistani government observed “Black Day” in solidarity with  the Kashmiri people, the minister warned that nations siding with New Delhi on the issue would face certain consequences.

“If one missile would be fired [by Pakistan] at India, the other would go to its supporter. They must get ready for it", he warned, according to The News International.

The minister later said in a TV interview that Pakistan would also even fire missiles at a Muslim country that backed its enemy on the issue.

Journalist Naila Inayat tweeted a part of the video in which the minister is seen making the inflammatory remarks.

​India and Pakistan have fought three wars for control over the Kashmir region since the end of British rule in 1947. Tensions in the region spiked in February after the purportedly Pakistan-based Jaish-e-Mohammed allegedly claimed responsibility for a deadly terror attack on Indian security forces in which at least 40 soldiers killed.

The situation worsened in August when India revoked the special status of Jammu and Kashmir and divided it into two federally controlled union territories. Pakistan expressed concern over this and promised to protect Kashmiris. Islamabad then expelled the Indian ambassador, halted bilateral trade, and promised to raise the issue with the International Court of Justice.