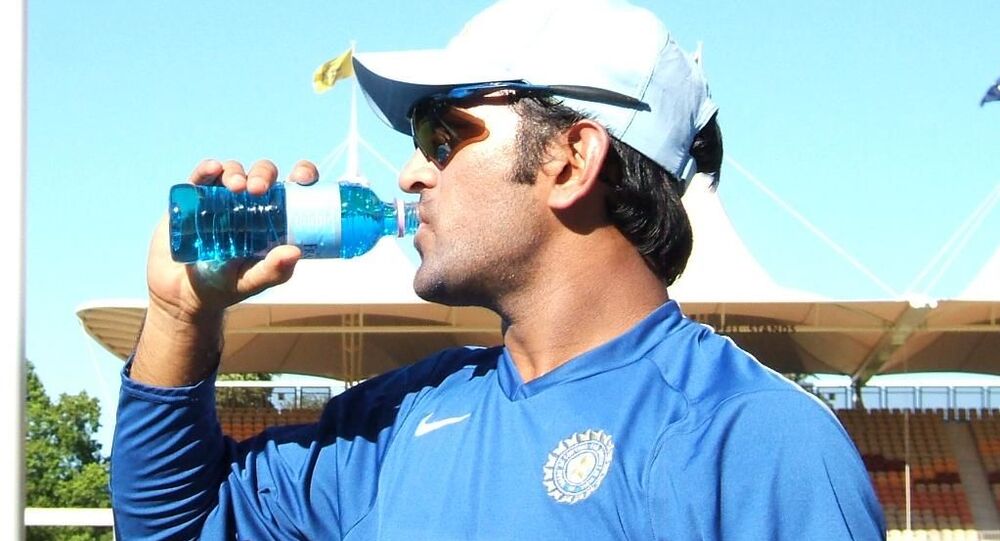 New Delhi (Sputnik): Even though the Indian cricket superstar and former team captain Mahendra Singh Dhoni is yet to publicly address his rumoured retirement plans, a simple hashtag sent Twitterati into a major meltdown overnight.

Following a night-long debate on the former skipper’s retirement plans, #MSDhoniRetires is trending on Twitter with over 3,000 mentions already by Tuesday morning.

In his 15-year long international cricketing career, Dhoni bagged numerous records including the most wins by an Indian captain in Tests, one-day internationals (ODIs) and T20Is.

While some cricket fans greeted the seemingly sad hashtag with facts, others used humour as a defence mechanism and shared hilarious memes on the micro-blogging platform.

It needs courage to be able to retire respectfully. Do called cool cricketer seldom have it in them #DhoniRetirement #dhoniretires people saying, but not going to happen. Too much money at stake.

After seeing #DhoniRetires trending, heart stopped pumping for a moment...

None official statements. I wonder why people do that!!

A rumour that almost made us cry😢#DhoniRetires

For all of those people who are spreading this rumour. Please stop this. There is no official confirmation from any resources.
Right now @msdhoni to all the haters who had spread this nonsense.#DhoniRetires pic.twitter.com/yoJAmdq6xb

​From the 38-year old’s popular quotes to clippings and pictures of his iconic shots, almost every bit of Dhoni memorabilia was on display as a tweet.

A game I can never forget. Special night. This man, made me run like in a fitness test 😄 @msdhoni 🇮🇳 pic.twitter.com/pzkr5zn4pG

​Dhoni’s last international appearance for the Indian team was during the 2019 World Cup semi-final against New Zealand at the Old Trafford stadium in Manchester, UK.

Since then, the cricketer has been in sabbatical mode, skipping the bilateral series with the West Indies, South Africa and Bangladesh lately.

Recently, the newly appointed president of The Board of Control for Cricket in India (BCCI) and former Indian captain Sourav Ganguly said Dhoni is one of the greatest in the game and should be duly respected regardless of what he decides regarding his career.

"It depends on him.I don't know what's on his mind or what he thinks about his career. But we will deal with that. India is very proud of MS Dhoni. Over the period of time, his achievements.. when you sit down and take note of what he has done... you say 'wow',” Ganguly was quoted as saying in a press conference.