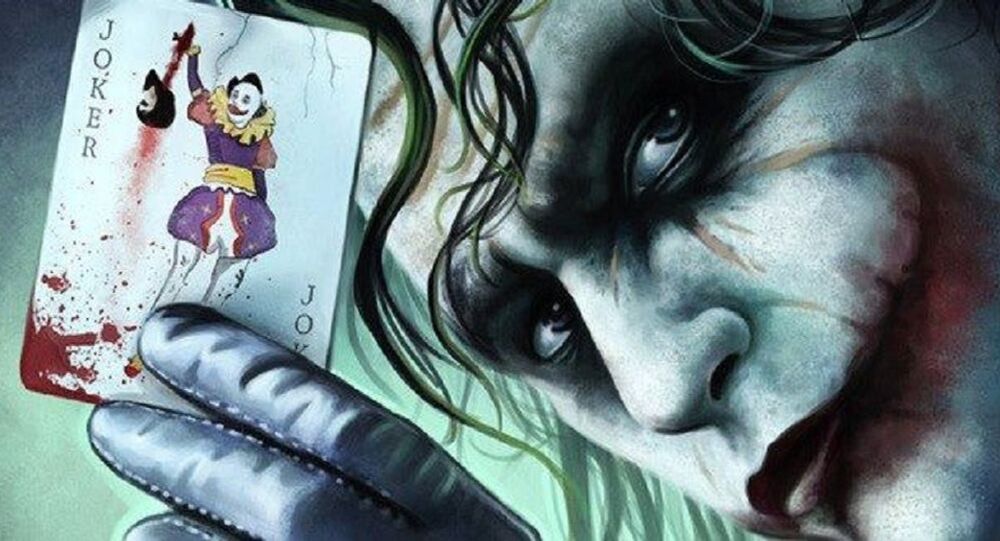 New Delhi (Sputnik): Raking in nearly $849 million worldwide, “Joker” has become the highest-grossing ‘Adult’ rated movie of all time as it toppled "The Matrix: Reloaded" from the first spot.

Despite being certified "Adult" in India (R-Rated in the US), the DC Comics, movie "Joker" starring Joaquin Phoenix and directed by Todd Phillips, the story of Batman's arch-enemy, is beating out the previous record-holder "Aquaman".

The movie has become the highest-grossing film based on a DC Comics' character in India. However, the numbers are not currently available.

Aquaman is still ruling the top spot as the global leader for DC. The hierarchy is as follows: The Dark Knight Rises, The Dark Knight, Batman v Superman: Dawn of Justice, and Joker.

India's case is unique in terms of global trends for both DC and Warner Bros, the American entertainment company of which DC is a subsidiary.

Joker is also the highest-grossing DC movie in 33 other markets. It holds significance because the movie is not a part of DC's film universe that includes Aquaman and Wonder Woman.

While the crowds are flocking to theatres for the movie, critics don't seem particularly enthusiastic about the film.

IMDB, an online database which reviews and rates new movies, has given "Joker" 8.8 on a scale of 1 to 10. Rotten Tomatoes, another review aggregator, gave it a 69 per cent score.

"Joker" was released on 2 October in India.