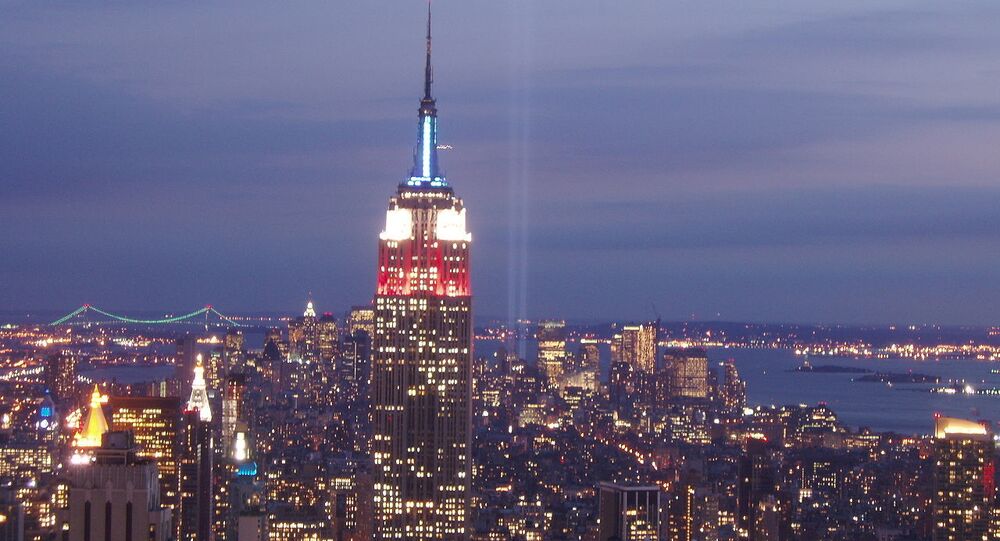 New Delhi (Sputnik): The festival of lights Diwali was celebrated with intensity and enthusiasm, in India and around the world on Sunday 27 October. The Hindu festival is celebrated by lighting earthen pots, exchanging gifts and sweets and praying to Goddess Laxmi.

One of the most famous skyscrapers in the world – The Empire State building in New York City was struck by Diwali’s fervour with top floors of the iconic edifice lit with orange hues, an auspicious colour in Hinduism that denotes sacrifice, religious abstinence, quest for light and salvation.

What better way to celebrate #Diwali—the festival of lights-than with some lights of our own!

Together with @FIANYNJCTorg, we’ll be shining in orange tonight to celebrate. #MyDiwaliESBPhoto

British singer and songwriter Arjun Coomaraswamy worked alongside the Empire State building’s team to pop the florescent colours on the building.

Singer & songwriter @ArjunArtist popped by our tower today to ceremoniously turn us orange ahead of tomorrow night’s #Diwali lighting with @FIANYNJCTorg! pic.twitter.com/lbvyhHrY2S

Back in India, the celebrations also included bursting of firecrackers, despite restrictions. People in the national capital violated the mandatory restrictions and burst crackers through the night, which brought down the air quality that already was low.

New Delhi turned into a "gas chamber" as PM2.5 level dipped to 463 at 1100 IST, described as “Severe” according to the federal Ministry of Earth Sciences. Weather Office said, the worsening of air quality is primarily due to firecracker emissions, unfavourable weather and significant spike in stubble burning in the neighbouring states.

PM2.5 refers to atmospheric particulate matters (PM) that have a diameter of less than 2.5 micrometers.

Slay It With Sass: India's Top Fashion Bloggers Show Off Their Newest Looks to Rock This Diwali