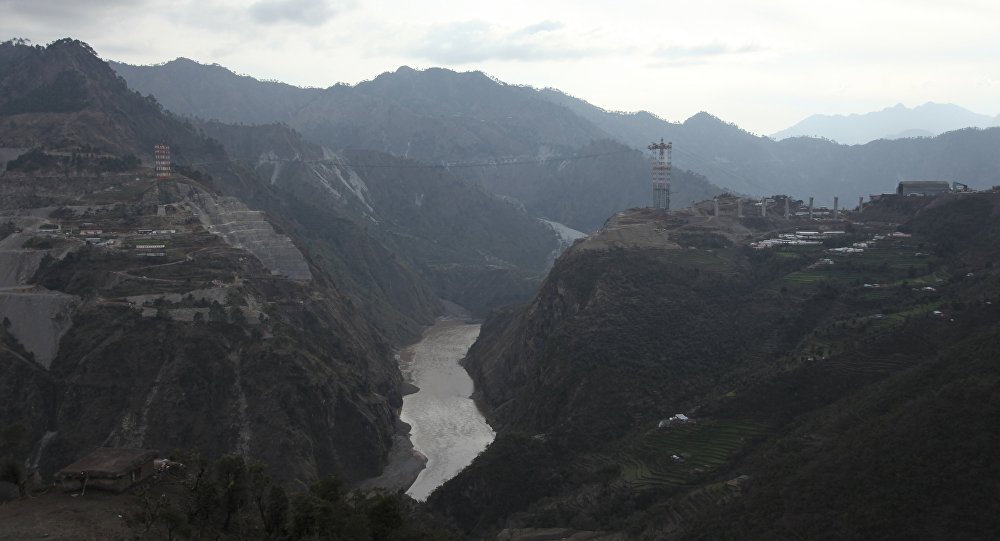 New Delhi (Sputnik): Pakistan observed “Black Day” on 27 October to mark the anniversary of what Prime Minister Imran Khan described as “the day Indian forces entered Kashmir in 1947”. In a brief televised message, Khan reiterated his pledge to support the cause of Kashmir, until “it achieves the right of self-determination”.

Pakistani Prime Minister Imran Khan vowed he will remain rock-solid behind the Kashmiris and said, "all four regions of Pakistan, people of all faiths are with you; we will always be with you," but warned that any misadventure would go against the interests of Kashmiris and Pakistan.

"Those who are talking of jihad (holy war), armed struggle or military action are enemies of Kashmir and enemies of Pakistan as well," he said adding that "This is what India wants".

The Pakistani prime minister went on to claim that India has positioned 900,000 troops in Kashmir not as a precautionary measure, but "to suppress" the people to the extent that they step back from their demand for 'azadi' or freedom.

"We want to help Kashmiris politically and diplomatically. Until your right to self-determination is achieved, I will remain your ambassador, your attorney," said Khan.

Pakistan launched a diplomatic offensive against India after New Delhi revoked the Constitutional provision that granted special status to Jammu and Kashmir in early August. As a stakeholder in Kashmir, Islamabad has slammed New Delhi's decision as "illegal" and a violation of UN resolutions.

India has told the international community that New Delhi was well within its rights to amend a "temporary provision" in its Constitution and what has been done in Jammu and Kashmir was entirely an internal affair. New Delhi has also hardened its earlier stand, and its leaders – both in government and in the ruling nationalist Bharatiya Janata Party (BJP) asserted that any issue of discussion with Pakistan was to take the Kashmir region back under its control.

Kashmir has been a nagging political problem since both India and Pakistan gained independence from British colonial rule in 1947. Both countries fought three wars since then – two on Kashmir and the third for the liberation of Bangladesh.