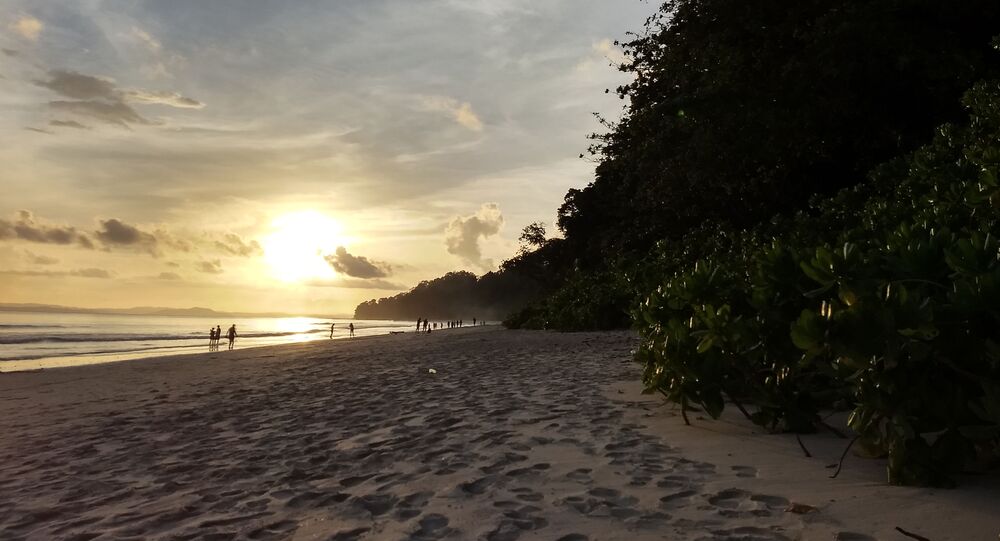 New Delhi (Sputnik): Only a couple of days after he began his journey in the sea with a friend, the duo faced a storm that severely damaged their boat. With no way to communicate, the vessel was set adrift.

Amrit Kujur, a resident of India’s Andaman and Nicobar Islands, managed to return home after battling two severe storms at sea and surviving on rainwater for 28 days.

He said he began his boat journey to sell groceries and potable water to other ships in the Andaman Sea with his friend Divyaranjan on 28 September.

During the first storm, the mast of the boat and wireless communication were badly damaged. Fearing that their vessel would capsize, Kujur and his friend threw their wares into the sea to reduce the boat’s weight, Indian daily Hindustan Times reported.

They sought help by desperately signalling to cargo ships that were at some distance but to no avail. Finally, one foreign ship saw them and gave them 260 litres of diesel and a compass to guide them to shore.

The duo, however, ran out of luck when they encountered a second storm in the Bay of Bengal. They had to anchor midway but a strong wind snapped the anchor rope.

Crashing waves also dumped hundreds of gallons of seawater into the boat, threatening to sink it. Luckily, the boat did not capsize and drifted until the fuel was exhausted, according to the daily.

Divyaranjan died of hunger and dehydration and his body had to be thrown into the sea after it had started decomposing, Kujur said, adding that he managed to survive by drinking rain and seawater.

Kujur reached the shores of the Indian state of Odisha on 25 October. He could barely walk at the time, but has since recovered and will return home to the Andaman and Nicobar Islands, which are located south of the Indian subcontinent.