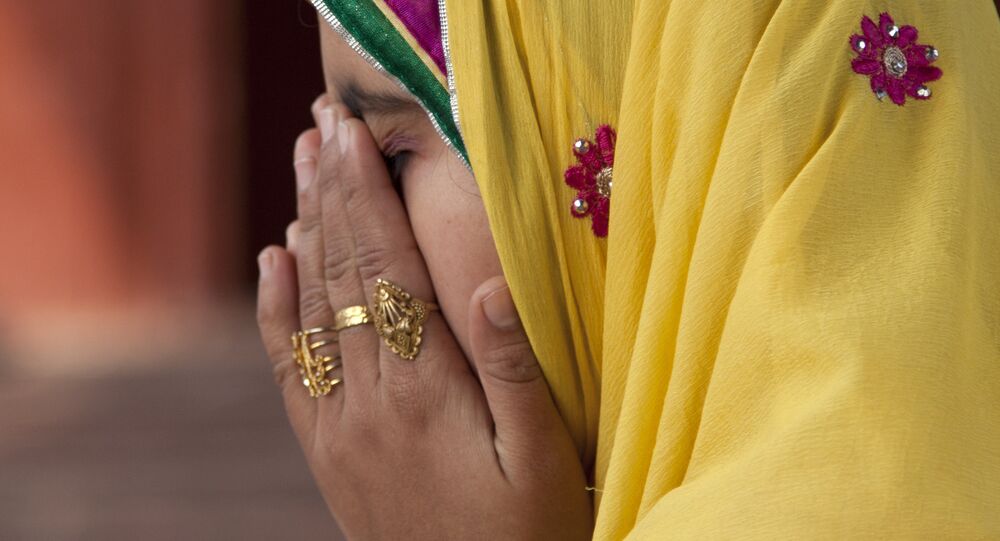 New Delhi (Sputnik): In July, the Supreme Court heard a similar plea filed by a Hindu organisation. The court dismissed it but advised that it would be willing to hear the petition afresh if it were presented by a Muslim woman or women.

Muslim women have filed a petition in the Supreme Court to declare the prohibition on entry of women in mosques as “illegal and unconstitutional” as it violates their fundamental rights, following last year's decision by the apex court of India that allowed women to enter a hugely popular Hindu shrine.

The court has asked for the federal government to respond. Notices were also issued to the National Women’s Commission, Central Waqf Council – a statutory body to advise the federal government on issues relating to charitable endowment under Islamic law, and the All India Muslim Personal Law Board – a non-government organisation for the protection and application of Islamic law. The case is set to be heard on 5 November.

On 28 September 2018, the apex court reversed a custom, under which women were banned from going to Lord Ayyappa Temple in Sabarimala, during puberty, and allowed women of all ages to visit the shrine. However, the issue resulted in massive public protests by Hindus, who alleged that it was an encroachment on their age-old religious customs.

While some sections of the Muslim community favour the entry of women in mosques to offer prayers, certain conservatives are against it.

“There is no injunction in the Holy Quran that women should not be allowed to offer prayers in mosques. While many progressive sections of the Muslims including the Wahabi community in Saudi Arabia allow women entry in mosques, certain conservative sections in India are against it,” said C.K. Faisal, a Muslim Scholar.

Faisal added that Muslim women offer prayers alongside men in the Grand Mosque of Mecca during Haj. “There is no place, even the holiest of holy places of Islam, where there is any discrimination against women or their entry during the week-long pilgrimage,” he added.