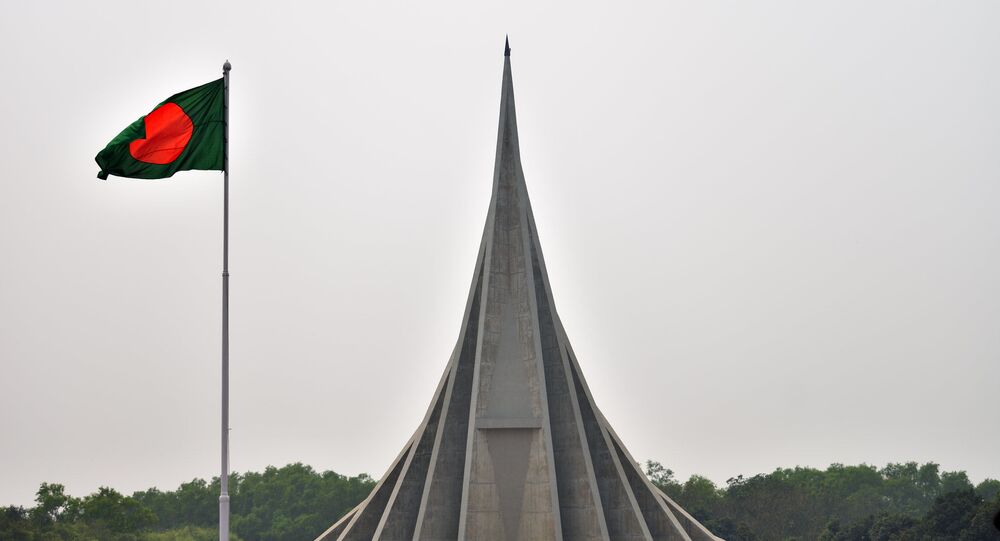 New Delhi (Sputnik): Bangladeshi businessmen have expressed a keen desire to set up industries in a proposed Special Economic Zone (SEZ) in India's northeastern state of Tripura to boost trade ties between the countries.

Participating in an India-Bangladesh Stakeholders’ Meet in New Delhi recently, a majority of businessmen from Bangladesh felt that the pace of bilateral trade growth is too slow and needs to improve.

Both India and Bangladesh agree that they must take advantage of existing cordial ties.

Keeping this in mind, the government in the Indian state of Tripura on Thursday announced plans to set up two more "Border Haats" (open-air trading venues) near the 856-km-long border separating the two countries.

Tripura’s Chief Minister Biplab Kumar Deb said at an event in the state’s capital city of Agartala that the new “Border Haats” will be established in Tripura district and Dhalai district.

The concerned authorities in Bangladesh should consider using Tripura as one of their export routes, Chief Minister Deb said, adding that “Border Haats” play a major role in strengthening people-to-people ties between the countries.

“We want to forge cooperation between the two nations for the development of both,” the Bangladesh daily The Daily Star quoted him as saying.

A SEZ is expected to arrive in the town of Sabroom, located near the India-Bangladesh international border; it is about 70 km from Bangladesh’s Chattogram port.

During the bilateral stakeholders’ meeting, emphasis was also placed on water resource management and port connectivity.

India and Bangladesh share 54 rivers and speakers participating in the session on “Port Use Agreements” called for the better use of river routes for trade, commerce and the movement of people.

India and her neighbouring countries have realised the immense potential of rivers as trade-transport-connectivity routes. In the case of Bangladesh and India, there is an acceptance and a consensus that maritime, coastal and inland waterways connect the region in more ways than one.

The Indian government, in particular, is putting greater emphasis on the better management of water resources for trade, transport, tourism, homes, and industrial purposes with Bangladesh, Bhutan and Nepal.

So far, in fiscal 2019-20, bilateral trade between India and Bangladesh has been pegged at $9.85 billion.

The World Bank estimates the bilateral trade potential of Bangladesh–India to be $16.4 billion.

According to Mustafizur Rahman, an analyst with the Dhaka-based Centre for Policy Dialogue (CPD), this statistical gap between actual and potential trade accurately captures the prevailing economic relationship between the two countries.