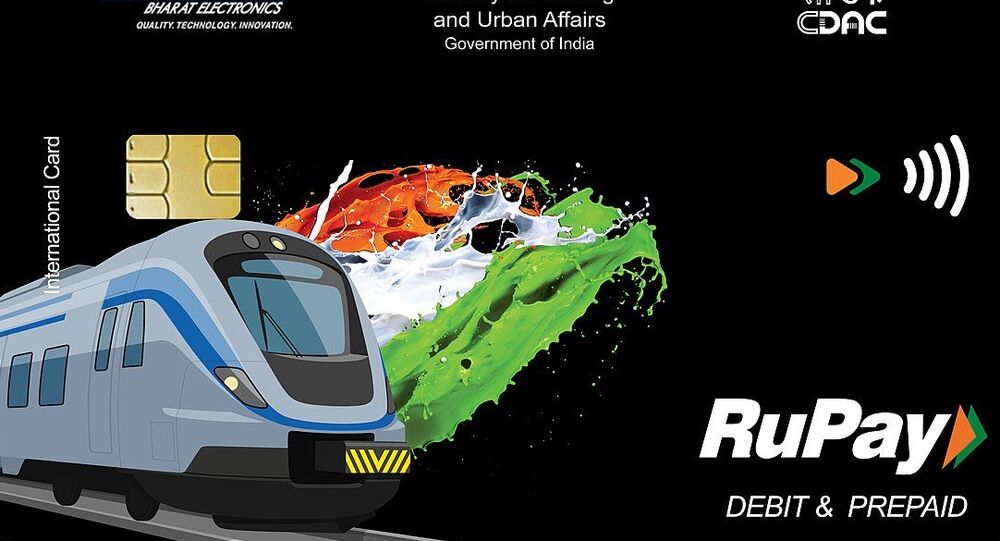 New Delhi (Sputnik) India's domestic payment systems such as the RuPay card, UPI, and BHIM app have gained a strong footing in the Indian market, boosted by the policies of the Narendra Modi-led government that aim to keep transaction fees within the country.

Indian Prime Minister Modi is to launch the RuPay card during a visit to Saudi Arabia on 28 and 29 October in what is seen as a move to rival MasterCard and Visa. RuPay is India’s domestic payment card conceived and launched by the National Payments Corporation of India.

Saudi Arabia is the third country in the Gulf region to get the RuPay card facility after the UAE and Bahrain. RuPay will also help Indian Haj pilgrims, said spokesperson of the Indian foreign ministry Raveesh Kumar.

American payment card firms MasterCard and Visa have been losing market share to India's domestic payment card since the November 2016 demonetisation drive, which is aimed at promoting digital payments.

The RuPay Card is used both at Point of Sale (PoS) and for e-commerce.  Its transactions have increased from Rs.8 billion before demonetisation to Rs.57.3 billion in September 2018 for PoS and from Rs.3 billion to Rs. 27 billion in e-commerce, then Indian Finance Minister Arun Jaitley said in 2018.

A Reuters report published in 2018 noted that MasterCard wrote to the US government in June complaining against the Indian government using nationalism to promote the use of domestic payments network RuPay, and noted that New Delhi’s protectionist policies were hurting foreign payment companies.

Millions of Accounts Compromised by Devastating Cyberattack on Indian Banks