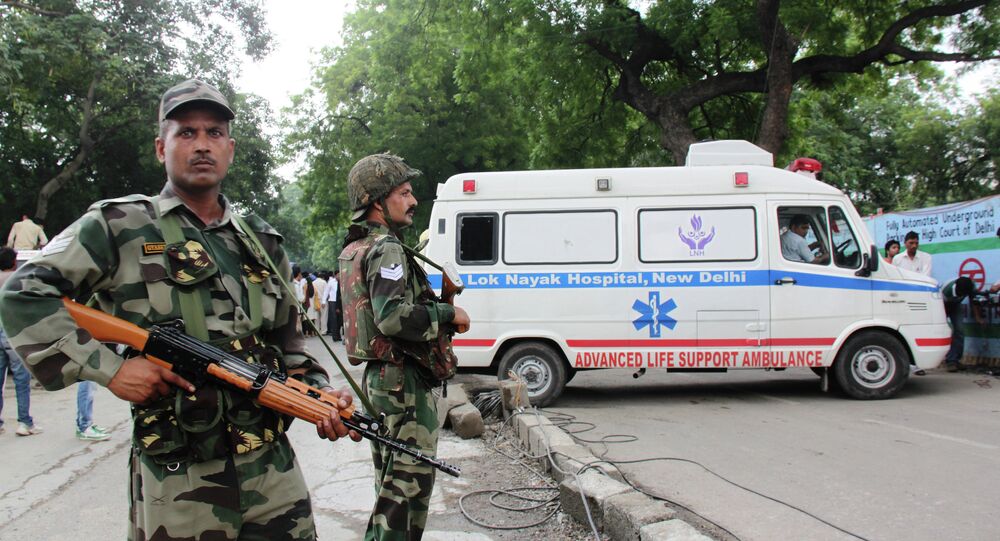 New Delhi (Sputnik): Amid an economic slowdown and the bad financial conditions of state-funded companies, the government has allegedly been delaying the induction of youth who have cleared competitive examinations.

Thousands of specially-abled youths demanding jobs clashed with police in India’s capital of Delhi on Wednesday, bringing one of the busiest parts of the city - Connaught Palace – to a halt, affecting many commuters until late in the evening.

The area is linked to VVIP houses and high-end private and political organisations’ offices.

On Wednesday evening, major clashes erupted between protesting youth and police when some unemployed differently-abled youths refused to vacate the road.

Thousands of youths have blocked the road at the Mandi House area – barely three kilometres from the Prime Minister's Office and the parliament.

The agitated youth have been alleging that despite having successfully cleared the government-conducted competitive exams, they are still being deprived of getting jobs in government offices.

“We have been waiting for months. Government had promised postings and joining details by 23 October (today) which was not fulfilled”, one of the protesting youths told Sputnik.

The protestors, involving thousands of specially abled people, reached the protest site in the morning and have been sitting at the historic Mandi House circle since then.

Hundreds of policemen have been deployed at the site, while roads leading to parliament and other areas have been blocked for use.

At around 19.00 in the evening, when protesters resorted to anti-government slogans, police used force to drag them off of the roads.

Nevertheless, a police official has claimed that no baton-charging orders have been issued so far, but protestors have said they are ready for any consequence to get the jobs that they have earned.

According to some protestors, the timeline of the protest remains undefined.

Police officials have not been letting the general public interact with the protestors, citing "security reasons".

The Indian economy registered only 5% growth rate in the first quarter of the current financial year, which is slowest in the last six years. The auto, real estate, and textile sectors have been facing a serious slowdown and industries have warned of millions of job losses in the future.

India Stuck in Cycle of Poverty and Unemployment