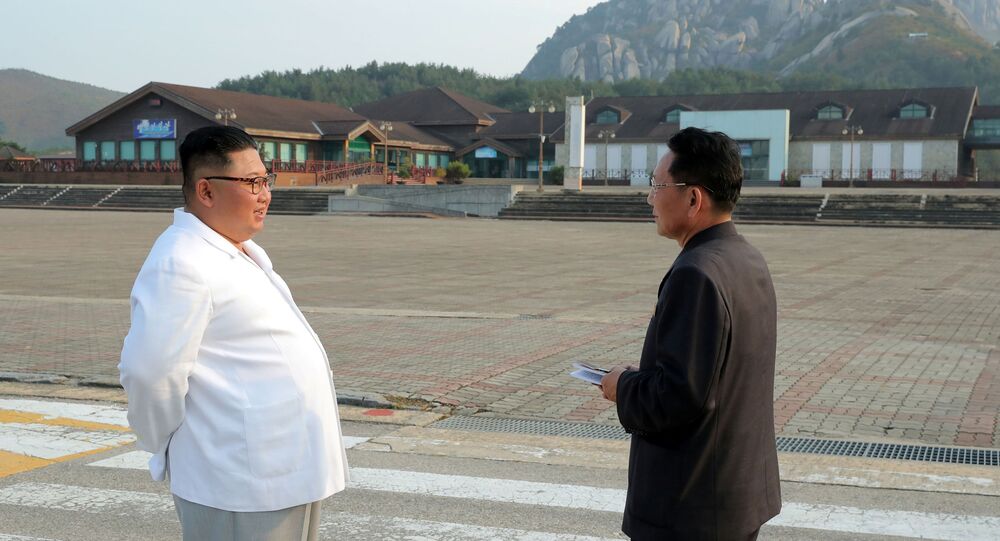 Seoul and Pyongyang discussed at length the prospects of re-starting joint economic projects last year, until renewed political tensions in the area, exacerbated by the South’s joint military exercises with the United States and the North’s nuclear missile tests, brought about a new chill in mutual relations.

“Mount Kumgang is our land won at the cost of blood and even a cliff and a tree on it are associated with our sovereignty and dignity", Kim Jong-un reportedly said during a visit to the resort this week.

North Korea's Chairman Kim insisted that it was a “mistake” to regard the resort as an ordinary property located on North Korean soil, adding the facilities were “reminiscent of temporary buildings at construction sites”.

The news agency then added that orders to demolish the buildings and substitute them with “modern” architecture constructed by Pyongyang have been passed.

The Mount Kumgang tourist resort was built as part of two inter-Korean economic projects, along with the now-closed Kaesong industrial complex, and was heavily funded by South Korean firms Hyundai Asan Corp and Ananti Inc. It's been regarded as a symbol of North-South cooperation, occasionally hosting reunions of families that were separated by the Korean War (1950-1953).

Tourists from South Korea have been coming to the facility since 1998, but the visits were suspended by Seoul in 2008 following the death of a female tourist, shot by a North Korean soldier after allegedly wandering into a military zone by mistake.

It has been reported that North Korea was dissatisfied with Seoul’s failure to restart the flow of tourists to the area amid political and military tensions, but during a joint North-South summit in Pyongyang in September 2018, Kim Jong-un and South Korean President Moon Jae-in agreed to resume the tourist flow to the area. US President Donald Trump later commented on the possibility of restarting tours to Mount Kumgang, by saying the time for that wasn't “right” but he'd support the idea at the correct moment.

Despite criticising Seoul’s infrastructure efforts, Kim Jong-un who has recently signalled that tourism should be a key factor in his bid for “self-reliant” economic growth, still insisted that tourists from South Korea would be welcomed in the area once it is rebuilt.

“We will always welcome our compatriots from the South if they want to come to Mount Kumgang after it is wonderfully built as a first-class tourist destination", North Korea's leader said.