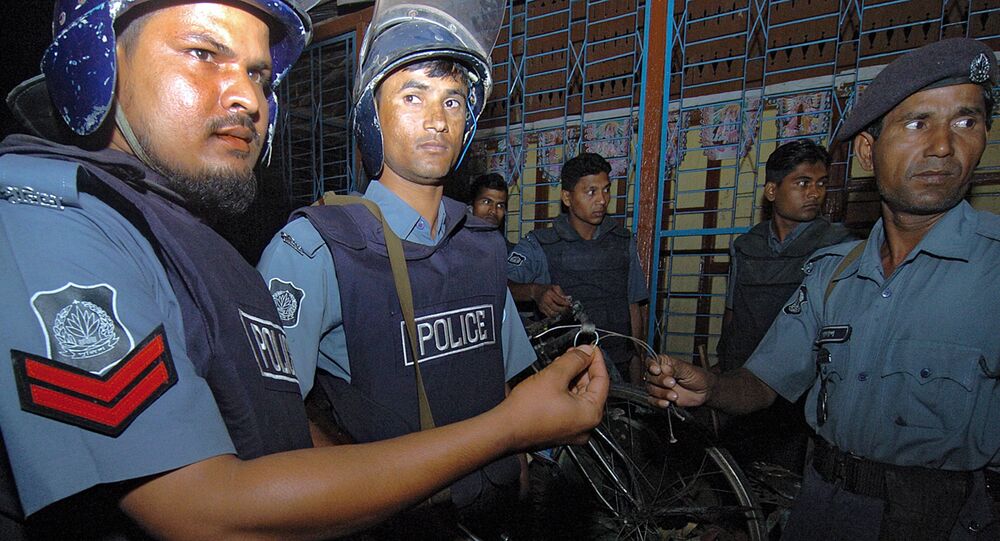 New Delhi (Sputnik): Bangladesh police said on Monday that they had registered cases against 4,000 to 5,000 unknown persons in connection with Sunday’s clash with Muslim protesters in the country’s Bhola district, media reports said.

Police said the case was filed at the police station in the Burhanuddin area of the Bhola district after four people were killed and more than 100 injured in clashes that took place on Sunday morning, Bangladeshi daily The Daily Star reported.

Police officials opened a case against unknown persons late on Sunday on charges of interfering with police performing their law and order duties, attacking law enforcers and creating disorder, the media report said.

According to reports, village elders were meeting with local authorities to try to defuse tensions in the area.

On Sunday, police were forced to open fire on hundreds of Muslims for protesting against an allegedly blasphemous Facebook post by a Hindu man, media reports said.

At least four people were killed, and more than a hundred others were injured during the clash that took place between police and protesting Muslims in the Bhola district of Bangladesh.

The protesters had been asking law enforcement authorities to punish a Hindu youth after they claimed he was responsible for making a post inciting hatred on his Facebook account, the Daily Star quoted the police as saying.

The Hindu youth, however, told the local police that his Facebook account had been hacked and that he could not be held responsible for the post that went viral on social media on 18 October.

The Muslim protesters then decided to take matters into their own hands, torching a house and vandalising 12 other Hindu-owned properties in the Burhanuddin municipality of the Bhola district on Sunday, the police added.

Wielding firearms, the protesters attacked police officials on duty in the area. Three police officials, including the Deputy Inspector General of Police, were injured in the incident.

Two persons were detained for the hacking incident, the Daily Star reported, quoting a police official.

The injured are currently undergoing treatment at three hospitals located in Bhola and Barishal districts of Bangladesh, according to officials at the medical facilities as quoted by the daily.