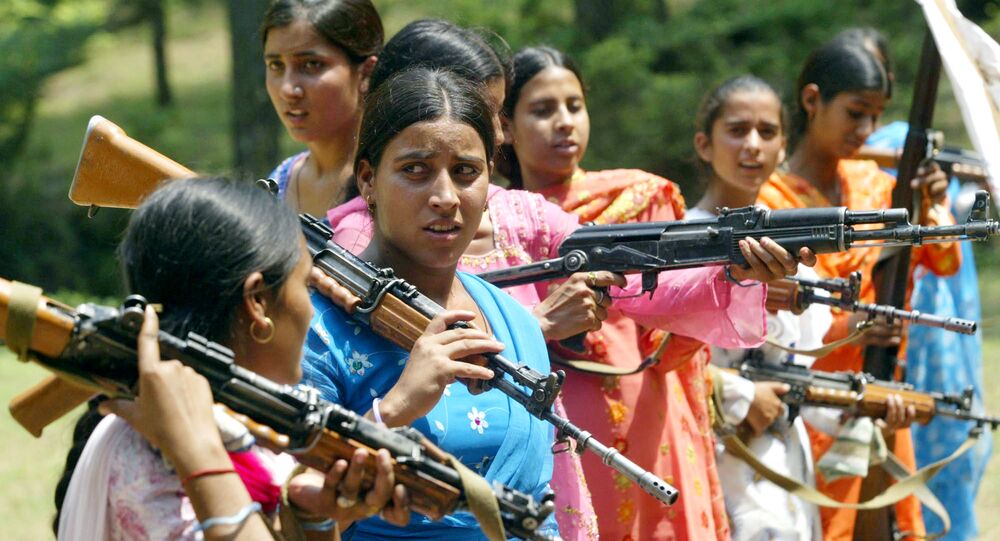 New Delhi (Sputnik): The Indian Army had been previously citing operational concerns and logistical shortcomings for keeping women out of combat roles. The Indian Air Force, however, allowed women to assume fighter positions in 2016 and inducted women fighter pilots. The Indian Navy is also considering the idea of deploying women on warships.

Indian Defence Minister Rajnath Singh has given his go-ahead to admit girls in army schools across the country to ensure greater participation of women in the armed forces.

The minister has directed concerned authorities to ensure the availability of necessary infrastructure and sufficient female staff in Sainik (army) schools for the smooth implementation of the directive.

“The decision is in line with the objective of the Government towards greater inclusiveness, gender equality, enabling greater participation of women in Armed Forces and strengthening the motto of ‘Beti Bachao Beti Padhao’(Save Girls, Teach Girls), propagated by Prime Minister Narendra Modi,” the Ministry of Defense said in a statement.

Currently, women are allowed in select areas such as the medical, legal, educational, signals and engineering wings of the Army.

Nevertheless, the Indian Army had taken a decision to induct 800 women combatants in the military police in a phased manner in 2018.