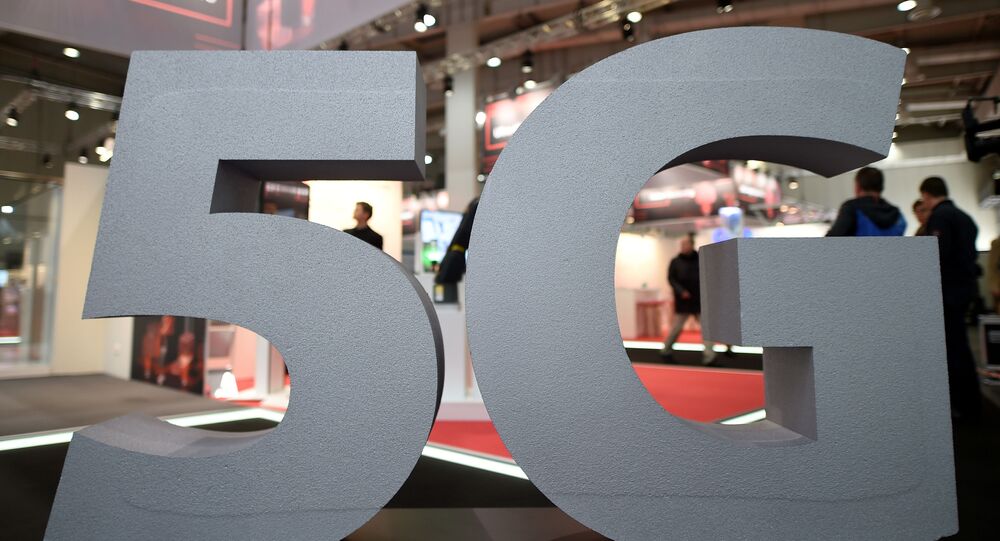 New Delhi (Sputnik): Amid the ongoing trade tensions between Washington and Beijing, Chinese technology giant Huawei has been trying to engage more closely with India by clarifying its stance on Chinese intelligence laws, 5G solutions and network security.

According to Jay Chen, the chief executive of Huawei India, 5G would be much safer than the previous networks, for only quantum computing can break into the 5G architecture, local media quoted him as saying late Thursday at The Economist's India Summit in Mumbai.

Fuelling end-to-end 5G capabilities including chipset, device, cloud service and network, Huawei currently has over 1.5 million 5G base stations world over with a 28 percent global share of the telecoms equipment market.

Earlier this week during a three-day India Mobile Congress in India’s capital, Jay re-asserted Huawei's  previously proposed plan of entering into a “no backdoor” agreement with India to tackle the country's data privacy-related concerns.

According to reports, Jay has stated currently there is no evidence suggesting Huawei has violated a security protocol and he believes that Huawei's engagement with India's Telecom Ministry has been very positive.

As of now, the US has insisted India should refrain from permitting the Chinese tech company from operating 5G trials in the country citing concerns that Huawei’s telecom equipment could allegedly be used for surveillance, something which the tech giant has strongly denied.

However, India, which is the second largest wireless market in the world in terms of user-base, is yet to determine if it would allow Huawei to participate in its upcoming 5G test runs scheduled for later this year.

One of India's largest telecoms, Bharti Airtel, which has nearly 4.3 million subscribers and over 20 percent market share in the country, came out in support of Huawei earlier in October.

Previously, to build their 2G, 3G and 4G networks, Indian telcos were helped by Huawei, as well as European companies like Nokia and Ericsson.

In June this year, Telecom Minister Ravi Shankar Prasad said the government had received six proposals for 5G trials, including those from China''s Huawei and ZTE. But that Chinese vendor's participation would hinge on the recommendations of a panel looking into 5G security issues.

Earlier this year, citing national security concerns, US President Donald Trump effectively banned Huawei from America, claiming the tech company was spying through its devices for the Chinese government.

Both Huawei and Beijing have denied the allegations as baseless, but the US has lobbied its allies and partners, including Australia, Bahrain, Belgium, Japan, New Zealand and the UK to follow suit and keep Huawei out.

US Warns India Over 'Security Risks' Associated with Huawei