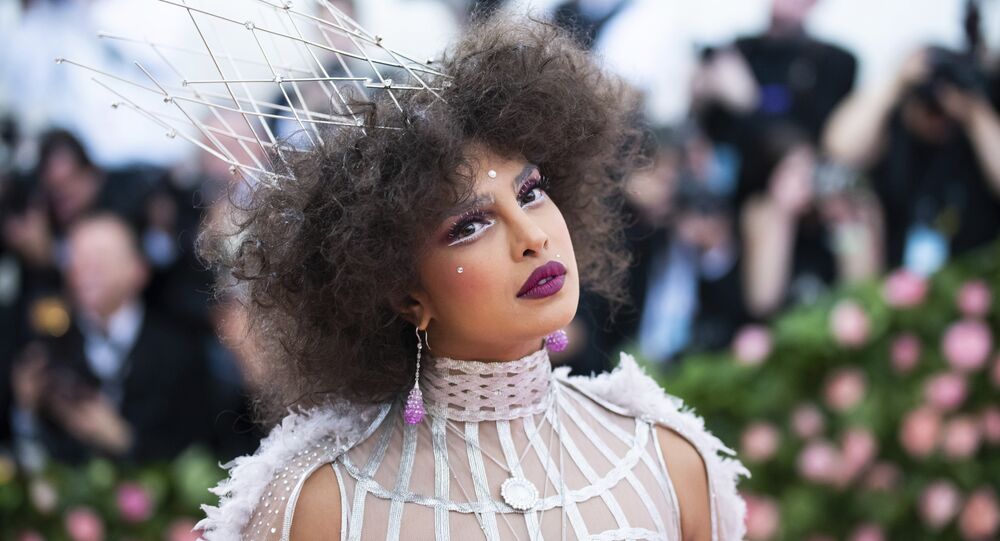 The Walt Disney Company has signed actors and cousins Priyanka Chopra Jonas and Parineeti Chopra as the voices for characters Elsa and Anna of Frozen-2 in Hindi and fans are elated to hear the good news.

Some moments are worth melting for!
Welcoming the dynamic sisters @priyankachopra and @ParineetiChopra as the voices for Elsa and Anna in Hindi!#Frozen2 #FrozenSisters pic.twitter.com/VXdFq7Is0P

​The Indian-American actress Priyanka confirmed the news with a Tweet where she shared her and cousin Parineeti’s photoshopped images on the Frozen-2 poster.

Priyanka wrote, “Mimi & Tisha are now Elsa & Anna! The #ChopraSisters are finally coming together for Disney’s #Frozen-2. Can’t wait for you guys to see us…I mean HEAR us bring these amazing, strong characters to life in Hindi. In cinemas Nov 22.”

Mimi & Tisha are now Elsa & Anna! The #ChopraSisters are finally coming together for Disney’s #Frozen2. Can’t wait for you guys to see us…I mean HEAR us bring these amazing, strong characters to life in Hindi. In cinemas Nov 22.@ParineetiChopra @DisneyStudiosIN #FrozenSisters pic.twitter.com/N0c8c0g1Rx

​A fan wrote, “Well I have no choice but to watch it in Hindi then!” Another commented, “Chopra sisters ruling the world..” One more fan asked: “Drop the trailer ladies.”

Damn exited to see them 😍

I was planning to watch in English..now i have watch in hindi too..😍😍😍 pic.twitter.com/nIXlh17LHs

Omg FINALLY Mimi & tishaa. we will be watching #Forzen2 in Hindi

​Frozen-2 is the sequel to the 2013 original. The second part of the hit franchise promises to be more intense, as it traces the past of Princesses Anna and Elsa, essayed by Kristen Bell and Idina Menzel, respectively.