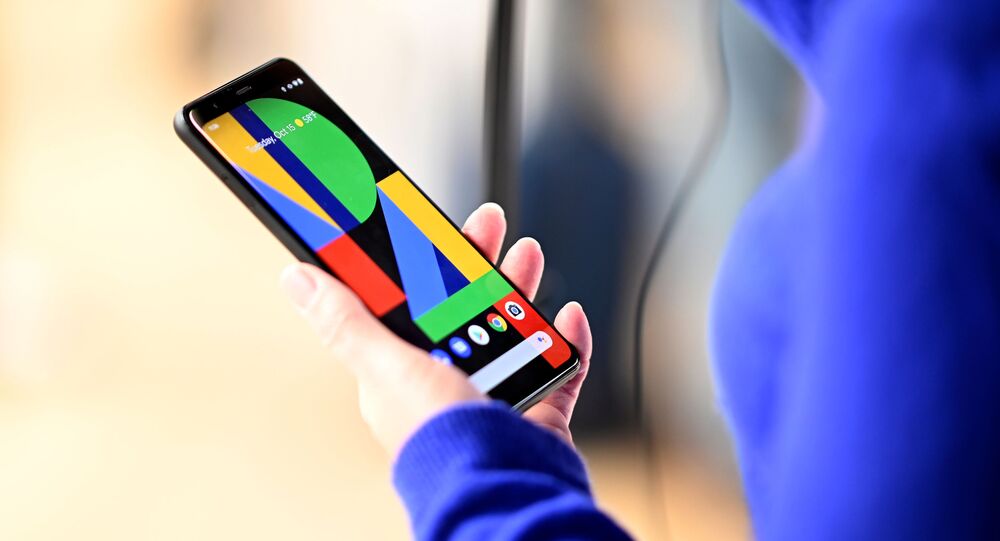 New Delhi (Sputnik): India has the largest number of tech-savvy millennials in the world, and many of them did not take kindly to Google’s decision to not launch the Pixel 4 smartphones in India.

Google officially announced the news on its Twitter account late Wednesday, and many users took to the micro-blogging platform to troll the Silicon Valley-based tech mammoth for allegedly fearing competition from OnePlus and Apple.

We decided not to make Pixel 4 available in India. We remain committed to our current Pixel 3a phones and look forward to bringing future Pixel and other hardware products to India.

​But some thanked the search-engine giant for saving their money by not launching the expensive “Pixel 4” device, which costs $799 in India, after Apple’s recently launched iPhone 11.

Congratulations, Even if it would have launch than also most of us couldn't afford it and The phone would have got the title of underrated phone.
Smart strategy Google..

only like 2% of the Indian market cares about Pixel phones

#Pixel4 not coming to India isn’t a big deal now that iPhones are being manufactured locally and the prices are starting to drop significantly. Pixel3a is still a smart buy.

The fact that Pixel 4 (with Soli disabled) was certified by BIS in india and also dozens of prototypes came to India for testing and its still not launching in this country is just extremely weird. Though, it's pretty obvious barely anyone in India would ever get a Pixel.

​To facilitate hand-gesture controls, the new Pixel 4 smartphone uses “soli radar chips” that allows users to operate some features of the device without having to physically touch it.

The “soli chips” use a 60 GHz frequency band that is allowed for public or commercial use in India which is why “Pixel 4” is not being launched in the country.

Pixel loyalists, upset with the news blamed the Telecommunications Regulatory Authority of India (TRAI) for delaying the unlocking of the 60GHz frequency for civilian use.

The 60GHz band use is only permitted for military or government projects.

All the people waiting for Google #Pixel4 in India now will be like 🔻
It's not coming to India 😂😂 pic.twitter.com/XhnXLc5H0N

Google Pixel 4 is not coming to India.😭😭 #madebygoogle #Pixel4 pic.twitter.com/OccOMscA5S