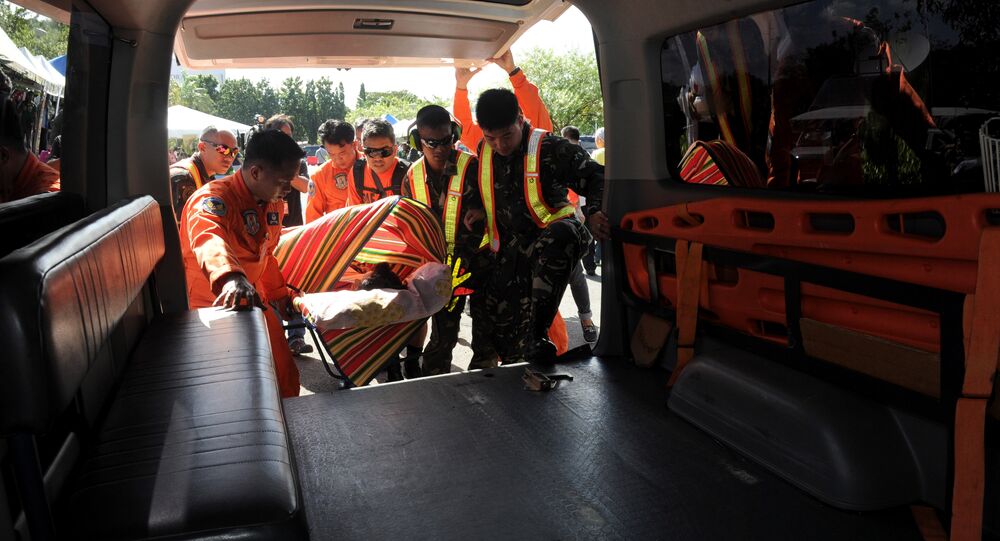 On Wednesday, the European-Mediterranean Seismological Center registered a 6.4 magnitude quake near the island of Mindanao, on which Cotabato is located. Media subsequently reported that one person had been killed and more than 20 people had been injured due to the earthquake.

The Xinhua news agency reported, citing the Philippine officials, that five people died from earthquake-related incidents in the towns of Datu Paglas, M'lang and Magsaysay.

According to the reports, citing the government disaster agency, the earthquake damaged several houses.

A lot of residents of affected areas slept outside in makeshift tents or in the open air.

At Least 8 People Killed, 12 Injured Due to Twin Earthquakes in North Philippines- Reports