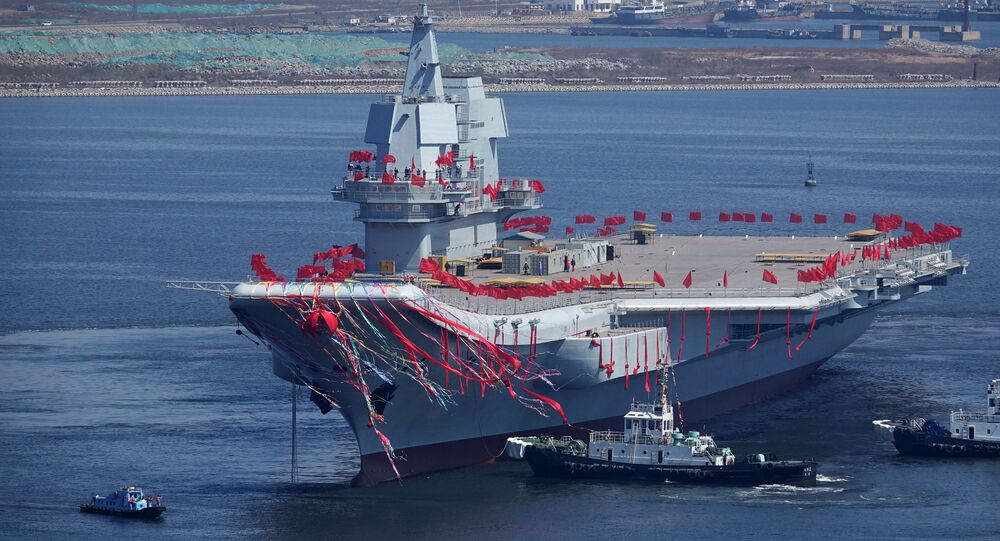 China's second aircraft carrier, the first one domestically built, appears to have embarked on its eighth sea trial on Tuesday, judging from online photos and an announcement of a military exercise.

Military experts predicted the ship will likely enter military service this year, despite a longer trial phase compared with the country's first carrier, the Liaoning.

The Type 001A aircraft carrier set out on Tuesday morning from the Dalian Shipyard in Northeast China's Liaoning Province, according to multiple, unverified photos that surfaced on Chinese social media.

A navigation restriction notice released by the Maritime Safety Administration of China on Saturday said a military mission is scheduled from Monday evening to October 22 in the Bohai Sea, which also led military observers to believe the aircraft carrier is on a sea trial, according to similar notices released in previous sea trials.

If true, this is the eighth sea trial for the Type 001A. Its seventh was believed to have taken place in early August.

Li Jie, a Beijing-based naval expert, told the Global Times on Tuesday that the likely eighth sea trial could examine if the warship is ready for final delivery, and if problems encountered in previous trials have been eliminated.

The trial phase of the Type 001A has taken longer than some military observers had expected. A number of analysts had predicted it would be commissioned earlier.

The aircraft carrier set out for its first sea trial in May 2018, some 17 months ago. By comparison, China's first aircraft carrier, the Liaoning, underwent 10 sea trials in 13 months before its commissioning.

Unlike the Liaoning, the Type 001A is domestically developed, so extra precautions have likely been taken during its development, Li said.

Li noted that "it is best to solve all problems before it joins military service."

Chinese military enthusiasts are hoping that the current sea trial will be the carrier's last and its official name will soon be revealed.

Experts have predicted the carrier is likely to be commissioned into the People's Liberation Army Navy this year.