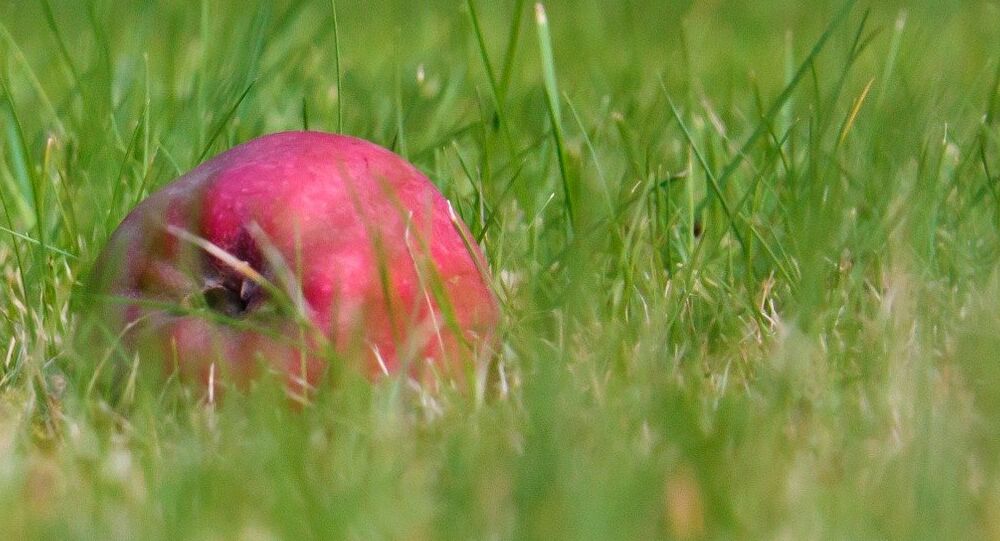 New Delhi (Sputnik): Apple cultivation is one of the mainstays of Kashmir’s economy with its apple market the second largest in Asia. But the trade is in danger after apple cultivators in Kashmir scribbled pro- Pakistani messages on the fruits.

The apple boxes were received in Jammu’s Kathua District, with some of them carrying apples scrawled with slogans like, “We want freedom”, “Long- live Pakistan” and “I luv Burhan”.

The slogans have outraged local people as they come in the wake of the Indian government abrogating the special status of Jammu and Kashmir.

Kashmiri apple growers/farmers are exporting apples to India with a message for Indians written on those apples.

The incident has sparked outrage among fruit sellers, who threatened to boycott apples from Kashmir if the government fails to take action as several people refused to purchase such apples, according to the Indian news agency PTI.

"The boxes were from Kashmir and the messages were written in English and Urdu," Kathua wholesale market head Rohit Gupta said.

A police investigation is underway.

Kashmir has been under communication lockdown as part of preventive security measures since 5 August, when the Indian parliament scrapped the state's  seven-decade-old special status.  However, the restrictions were eased last week as landline connections and postpaid mobile calling services were restored. Internet kiosks have also been set up in 10 districts of Kashmir.