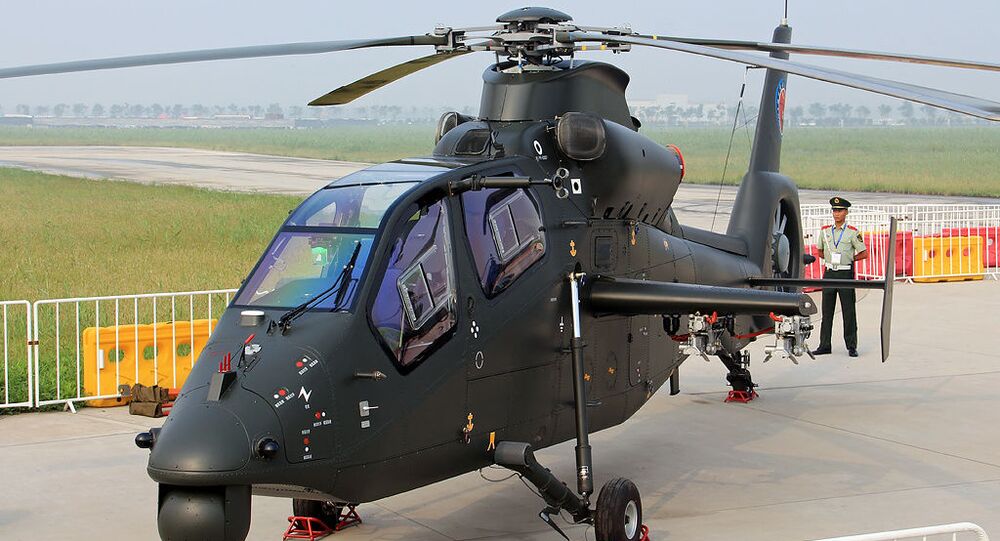 It features an advanced Chinese-made engine, has a high flight performance, is digitalized and easy to maintain.

It was not revealed which African country made the purchase.

The Chinese military also showcased upgrades to its other helicopters.

The Z-19 light attack helicopter on display had an extra millimeter wave fire control radar on the top of its rotor.

The radar, which military observers said resembles the Longbow radar on the US Apache Longbow attack helicopter, enables the Z-19 to search and track targets over long distances in complicated weather conditions day and night, and provide accurate targeting data for guided weapon systems.

The Z-8G, China's first large transport helicopter with a focus on plateau operations based on the original Z-8, can lift more troops and supplies to high-altitude areas.

The helicopter can take off from 4,500 meters above sea level and has a ceiling of more than 6,000 meters, China Central Television reported on Saturday, noting that the Z-8G has three powerful engines to ensure its flight and safety.

Many advanced technologies introduced during the development of the Z-20 could also be applied to other helicopters in the future, Chen Guang, a vice general manager of AVIC's helicopter branch Avicopter, told the Global Times at the expo.