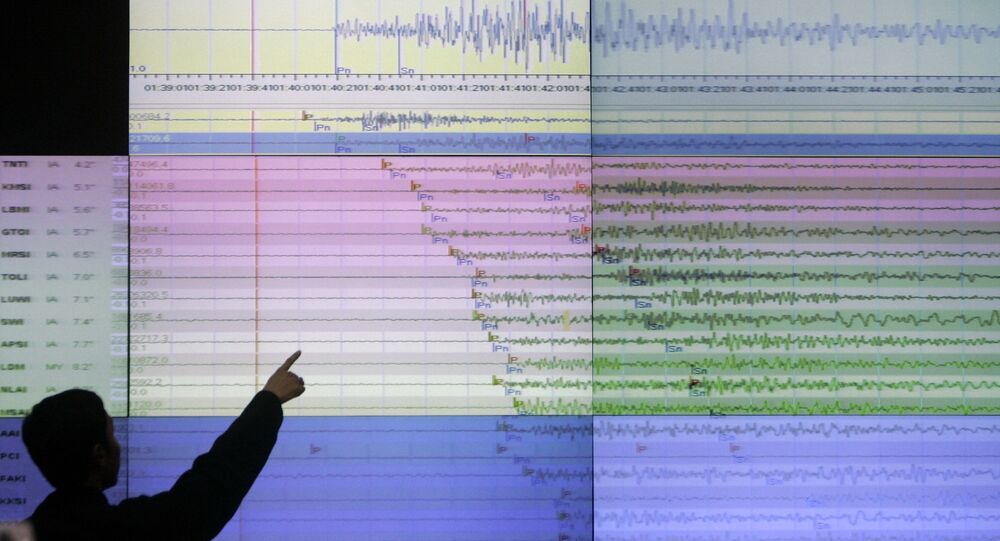 The Philippines is situated in the so-called "Ring of Fire", a seismically-active zone of volcanoes and fault lines circling the edges of the Pacific Ocean.

A 6.4-magnitude earthquake has hit near the Philippine island of Mindanao, the European-Mediterranean Seismological Centre said in a statement on Wednesday. The earthquake occurred 62 kilometres (38.5 miles) southwest of Davao, Philippines at a depth of 20 kilometres (12.4 miles). No casualties or destruction have been reported. Previously, the United States Geological Survey (USGS) measured the power of the earthquake at 6.7 but later downgraded it to 6.4.

The tremors were registered at 11:37 UTC, with the epicentre located near the Columbio municipality in the province of Sultan Kudarat.

According to the Pacific Tsunami Warning Centre, the quake will not trigger a destructive region-wide tsunami.

In July 2019, five people were killed and 12 injured in two earthquakes that rocked the Philippine islands of Itbayat and Batanes.