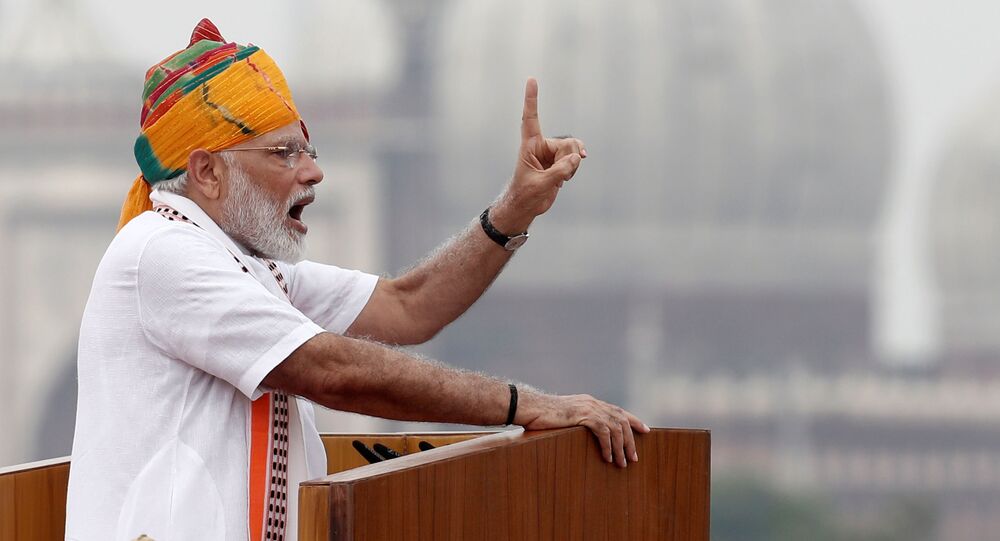 New Delhi (Sputnik): The Indian states of Haryana and Maharashtra are set to witness legislative assembly elections on 23 October.

India will divert its share of water from rivers flowing to Pakistan and ensure that every drop is used for the country’s farmers, Indian Prime Minister Narendra Modi said on Tuesday.

“This water belongs to farmers of Haryana, Rajasthan and the country. And, and we will get it. Work towards realisation of this has been started and I am committed towards it”, he asserted.

Since 1960, India and Pakistan have had a water sharing agreement – the Indus Waters Treaty, brokered by the World Bank. Inked after nine years of negotiations, the treaty is about the most complete and satisfactory utilisation of the waters of the Indus system of rivers.

India has wanted to block its entire allocated share of water from flowing into Pakistan, but due to the lack of hydrological infrastructure, most of India’s portion of water under the treaty flows freely into Pakistan.

Last month, India's northern state of Himachal Pradesh signed an agreement worth $3.5 billion in investment for setting up hydropower projects on the Chenab River.

The move will help India fully utilise its share of water under the Indus Waters Treaty. The accord sets out a mechanism for cooperation and information exchange between India and Pakistan regarding their use of rivers and was inked after nine years of negotiations, with the World Bank being a signatory.