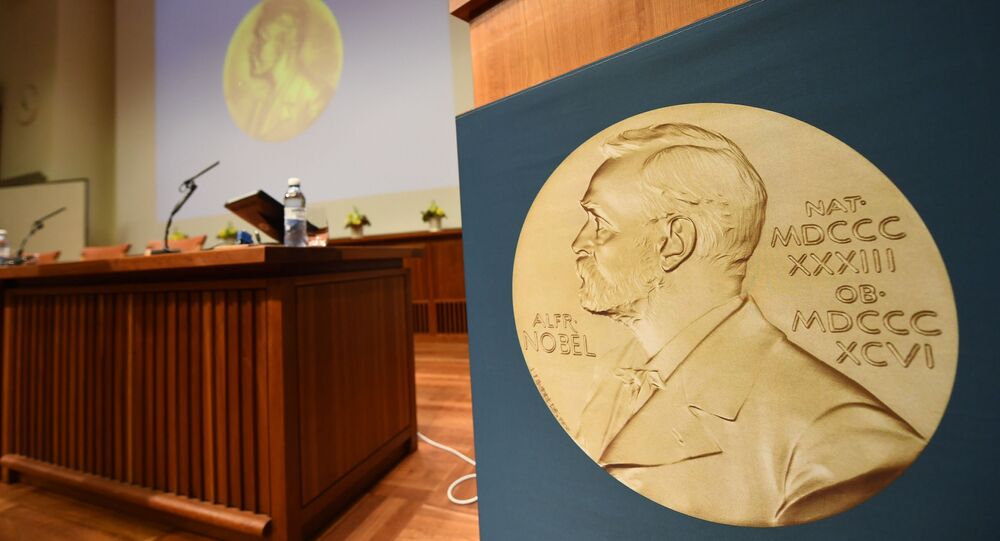 Abhijit Banerjee, born in the western Indian city of Mumbai and who studied at Calcutta University in eastern Kolkata and the premier Jawaharlal Nehru University in New Delhi, has been a critic of the economic policies of the Narendra Modi government, including demonetisation of the Indian currency in November 2016.

As he received the Nobel Economics Prize on Monday, together with his colleagues, some members of the ruling Bharatiya Janata Party (BJP) were not as enthusiastic about the global recognition of an individual with deep Indian roots.

A BJP parliamentarian and former federal Minister Anant Kumar Hegde took a dig at Banerjee, who had also been approached for consultation by the opposition Congress Party for its economic policies in the run-up to the April-May 2019 general elections.

Yes, the man who recommended #inflation & #tax rates to be raised for our country via #Pappu, has been recognized and awarded #NobelPrize2019.

Pappu can really feel proud of his #NYAY proponent while the poor nation missed out the benefits!!!!!!!!!!

​A few days ahead of the announcement of the Nobel Prize, Banerjee had listed the major flaws in Indian economic infrastructure, and he described it as “extremely serious”.

“It is a combination of demonetisation, GST implementation and also in the monetary policy regime that basically tries to pin down inflation. Four years period average consumption going down hasn’t happened for many many years. I am guessing it was in the 1970s. This should be a fact that is extremely serious", he said at a talk at Brown University in Rhode Island, the United States.

Indian Prime Minister Narendra Modi was, however, quick to congratulate Banerjee and lauded his contributions in the field of poverty alleviation.

Congratulations to Abhijit Banerjee on being conferred the 2019 Sveriges Riksbank Prize in Economic Sciences in Memory of Alfred Nobel. He has made notable contributions in the field of poverty alleviation.

Opposition Congress leader Rahul Gandhi said in his congratulatory message that the policy framework conceptulaised with the help of Banerjee had “the power to destroy poverty and boost the Indian economy”.

Congratulations to #AbhijitBanerjee on winning the Nobel Prize in Economics.

Abhijit helped conceptualise NYAY that had the power to destroy poverty and boost the Indian economy.

Instead we now have Modinomics, that’s destroying the economy and boosting poverty. https://t.co/joBYusVFKT