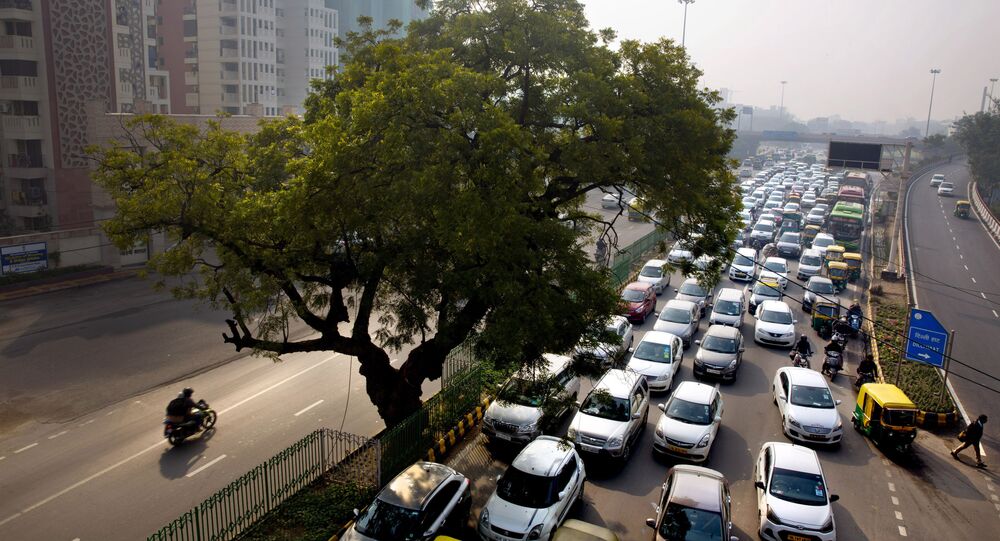 New Delhi (Sputnik): A man in India’s national capital would have never imagined that his act of flower-pot lifting from a public wall would make him a laughing stock on social media.

A man was caught red-handed on camera when he stole a meagre flower pot from vertical gardens installed to keep Delhi pollution-free.

A video clip of the act has gone viral on social media, evoking a ton of reactions from netizens, with many extremely enraged, while others have been laughing over it.

In the video, a man can be seen pulling out a pot from a vertical garden installed on a pillar and throwing out its content on the ground. The man appeared to be a routine pot-lifter considering his preparedness, carrying a bag to hide the stolen pot and running away.

To his bad luck, a bystander recorded the entire act on his cell phone.

Why India can never get developed. Shameful pic.twitter.com/x2KyhDJPZT

The video clip shows man, upon noticing being recorded by a man’s camera, fled after literally getting caught in the act. The man filming the roadside incident quipped by saying, “Very good uncle very good,… Doing a great job”.

The man then pans the camera to the pillar to show the missing pots from the vertical garden as the man is seen running away until the last moment of the recording.

The video, which was shared on Facebook, made its way to other social media platforms as well and has been collecting reactions from users who are blaming the people for the underdevelopment of the country.

An aged person who seems to be in his mid 40s is doing such acts!
He seems to be an office guy.. that means he is educated. Shameful.
Aapiya lagta hai😑😑
Isko sab freee me chaiye.
Aur kejriwal ko inhi logo se puri umeed hai bs!

The concept of transforming metro pillars into vertical gardens was derived from Mexico City by the Delhi government in order to combat air pollution.