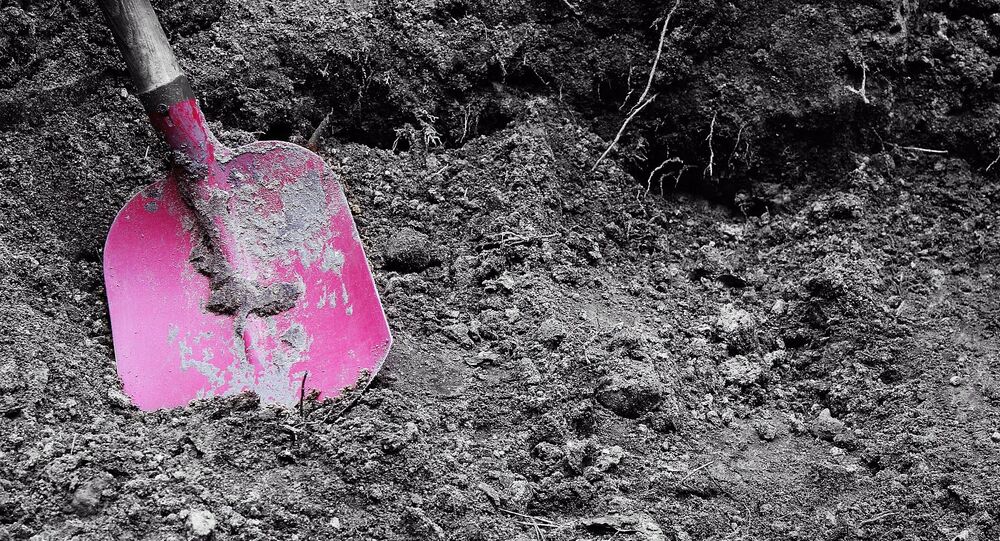 Sputnik (New Delhi): Although Hindus cremate their family members after death, in the case of infants they are buried at isolated locations.

A man in India, while digging a pit for his deceased new-born daughter, was in for a shock to find an infant girl placed in an earthen pot buried inside the ground.
Hitesh Kumar Sirohi, a trader by profession in Uttar Pradesh’s Bareilly district, found the new-born girl buried almost three feet below the surface, the Indian media reported on the weekend.
“As the pit was being dug, at a depth of three feet, the spade hit an earthen pot, which was pulled out. There was a baby girl lying in it”, a police officer said, adding that the biological parents of the discovered baby are yet to be identified.
As the little girl was alive and breathing heavily, she was rushed to a nearby hospital for urgent medical help.
As the news of the girl being found spread, a local legislator extended help for her medical treatment.
Hospital authorities have said that the medical condition of the infant is improving. “On Saturday, the girl was referred to a higher centre with better and more medical facilities. Her condition has now improved”, chief medical officer (CMO) of the Bareilly district, Vineet Shukla, said.