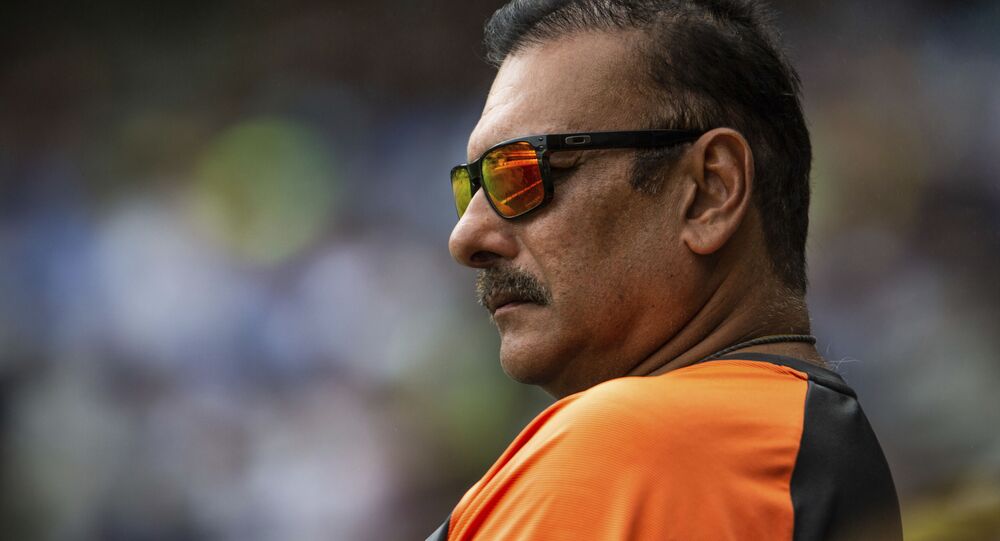 New Delhi (Sputnik): A photograph of Indian men’s cricket team coach Ravi Shastri appears to be amusing the Twitterati, especially meme-makers in India, after the International Cricket Council (ICC) called on netizens, asking them to caption it.

The picture shared on the ICC’s official Twitter handle, which has almost 10 million followers, shows Shastri, a famous former Indian cricketer, stretching his arms out in a practice session on Sunday.

​The meme-fest on the post has evoked almost 15,000 likes and is still ongoing, with a lot of hilarious responses from cricket lovers being posted on it.

​The meme-generating image was snapped during a recently concluded second test match between the host nation India and South Africa at Maharashtra Cricket Association Stadium in India’s Pune city.

While the Virat Kohli-led Indian cricket team dealt a crushing defeat to Proteas with an innings and 137 runs, Shastri’s picture on the ICC’s Twitter handle was what attracted more attention.

This is Shastri's fourth stint with the national team. In August, Shastri was retained as Team India's head coach for a two-year period, ending with the 2021 T20 World Cup, scheduled to be hosted in India.