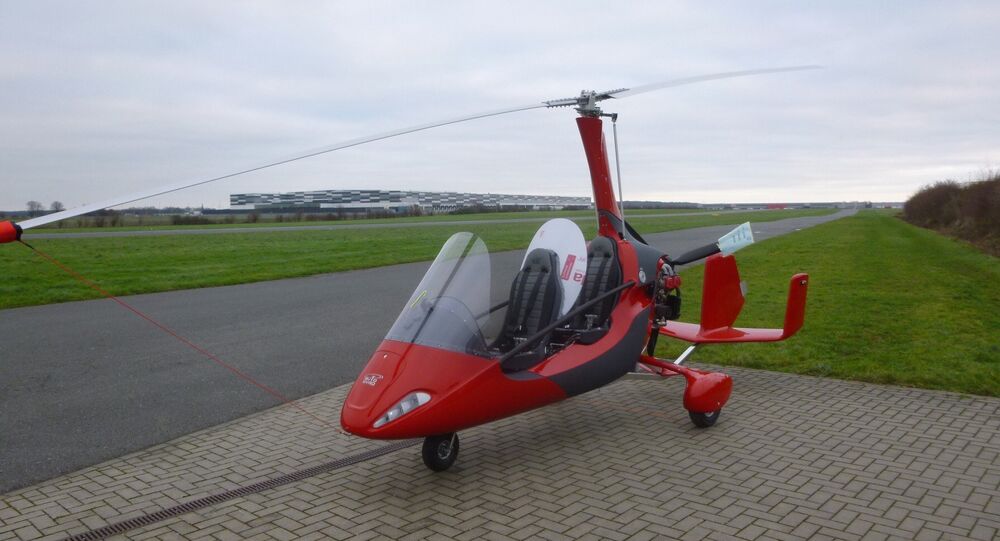 A record-breaking gyroplane which debuted at the National Day parade on October 1 was made by a private company, which industry reports said Monday indicates the success of China's civil-military integration.

The bizarre-looking rotorcraft Lieying, or Falcon, has reportedly already been delivered to the Chinese army and air force paratroopers.

Lieying was developed by Shaanxi Bao He Defense Technology, a company also known as Shaanxi Baoji Special Vehicle Manufacturing. It can carry two commandos, reconnaissance and communications equipment and weapons, according to a report by Ordnance Industry Science Technology, a Xi'an-based periodical focused on the national defense industry.

Lieying has a range of 690 kilometers, a ceiling of 5,300 meters, a takeoff weight of 560 kilograms, and can operate in temperatures as low as minus 36 C, the magazine said, noting that these specifications have broken records set by comparable foreign products.

The aircraft is agile, has excellent performance at low altitude and speeds, allowing it to deliver troops deep into hostile locations or conduct stealth reconnaissance missions, the magazine reported, noting that the gyroplane is small and difficult to detect by radar.

As it closes in on a target, it can shut down its engine and glide up to the unsuspecting enemy.

The Chinese military said it wanted to develop an aerial assault gyroplane in August 2014, with Shaanxi Bao He Defense Technology being the developer, the magazine quoted the chairman of the company, Wang Baohe, as saying.

The development phase was completed in January, and the company has produced gyroplanes for the army and air force paratroopers, Wang said, noting that participating in the National Day parade is an indication of its significant role in the special forces of the Chinese military.

Lieying was the only weapon in the parade developed by a private company, Ordnance Industry Science Technology reported.