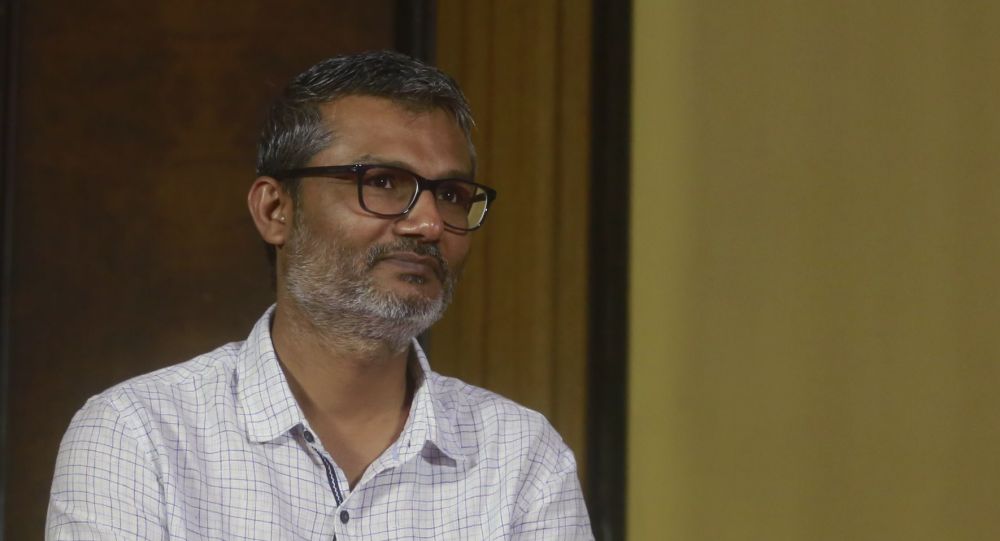 His Aamir Khan starrer "Dangal", which is based on the story of two wrestler sisters, became the 33rd film to make 1 billion RMB in China ($146 million).

“I am so happy to see that there is audience for all kinds of cinema in India today and I am even happier that content-driven cinema is gaining acceptance at such a large scale. Not just watching, viewers today are consuming movie stories,” new-age films Director Nitesh told Sputnik.

His last project “Chhichore” released in September made Rs.100 crore (approx. $14 million) at the box office in India.

Created on a limited budget, the movie revolved around a group of college friends who re-unite in middle-age to help a teenager recover from a suicide attempt triggered by college entrance results.

However, some of the twitterati targeted the movie for its use of harsh language and cuss words.

Nitesh said that keeping day-to-day slang in his movies has become his regular practice since it helps people relate to what is being shown.

“I personally do not see anything wrong with using strong language in stories inspired by reality. For movies with abusive content, we have a censor board to make sure that the content is exposed only to a certain audience.”

After directing fresh scripts, Nitesh’s next big budget project is a trilogy based on the Hindu mythological epic “Ramayana” – a religiously sensitive story that has been running as TV shows and animated movies for years in India.

“I believe kids need to learn more about ‘Ramayana’. People have forgotten the values of the scripture. Also, there is so much that can be created now to show the greatest tale of our country in 3D. It’s exciting!” Nitesh explained.

Before the release of “Padmavat”, certain religious groups initiated violent protests against accepting any kind of “cinematography liberty” on the story.

The director was assaulted, while the actors received death threats.

Nitesh said for movies based on specific true or mythological events, writers and directors need to foresee possible reactions which may trigger controversies.

“We are not looking to re-invent or re-do something that is so deeply engraved in our lives already. We would not want to involve any kind of risk-involving ‘creative liberty’ in terms of story-telling,” the director noted.

Nitesh denied rumours that “Ramayana” Bollywood’s green-eyed heartthrob Hrithik Roshan is to play the central character “Ram” in the movie.

“What Hrithik said was that he was very fascinated by the character of Ram," the director clarified.