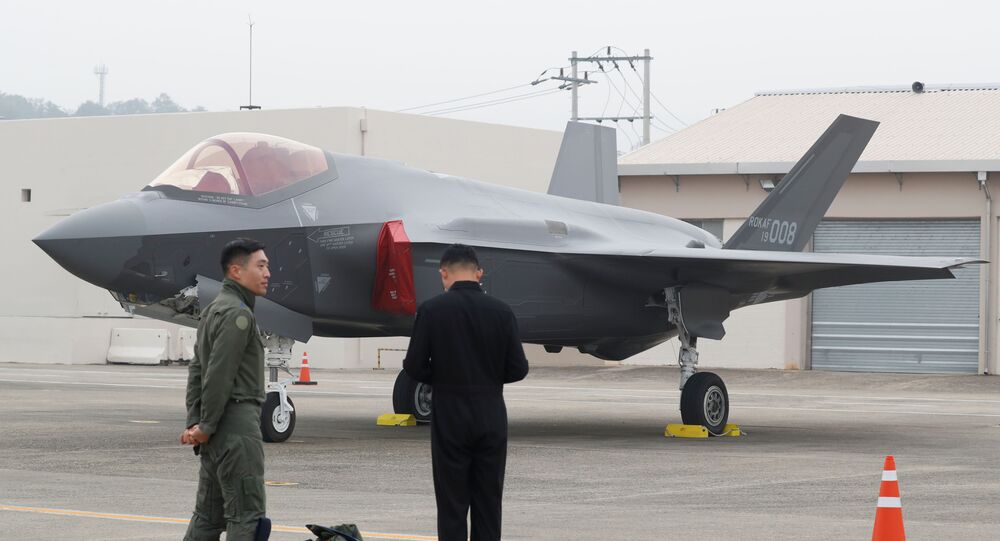 South Korea’s Defense Acquisition Program Administration (DAPA) has announced that Seoul will purchase 20 additional F-35 fighter jets from the US as part of the second phase of its F-X III procurement program, making for a planned fleet of 60 aircraft.

“The government is preparing to launch the second phase of the F-X III in 2021 for the five years to come,” the acquisition administration told the National Assembly in a statement on Monday. The government previously purchased 40 F-35As from US-based defense contractor Lockheed Martin as part of a $6.4 billion contract in 2014 and received its first shipment back in March.

According to Defense News, $3.3 billion from the F-X III fighter jet program is expected to go toward purchasing more of the fifth-generation stealth fighters. While it’s unclear which variant of the F-35 aircraft Seoul intends to purchase, an anonymous source from the country’s Ministry of National Defense informed the outlet earlier this week that the Korea Institute for Defense Analyses concluded a study which revealed “the introduction of more F-35As” would be a “more feasible” acquisition for the air force.

“There are two issues [with getting] the F-35B. First, it’s more expensive than the conventional-takeoff-and-landing version. Second, the deployment of a carrier-type landing ship is far away from now,” the source added.

Back in July, Sputnik reported Seoul’s intention to expand the Republic of Korea Navy’s capabilities in the next 10 years by introducing a new landing platform helicopter (LPH) carrier, double the size and mass of the Navy’s two existing LPHs.

Despite its name, the new LPH carrier is expected to have a ski-jump ramp that would assist the deployment of the F-35B, which is a short take-off and vertical landing (STOVL) F-35 variant.

Pyongyang has pushed back against Seoul’s procurement of any F-35 variant due to the jet’s radar-evading capabilities. In July, North Korean state media KCNA warned that Pyongyang would begin developing “special armaments” capable of destroying the fifth generation aircraft if South Korea did not cease its deployment of the jets in the region.

Calling the purchase and testing of the aircraft an “extremely dangerous action which will trigger our reaction,” KCNA firmly stated that “South Korean authorities had better come to their senses before it is too late” if they ever want to achieve “improved inter-Korean relations.”