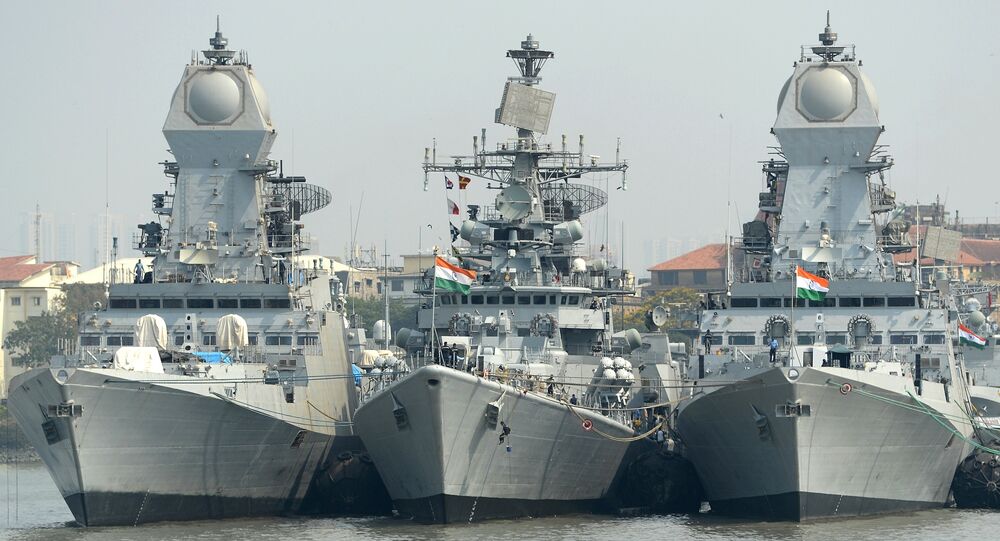 New Delhi (Sputnik): Chinese President Xi Jinping is arriving in the southern city of Chennai on Friday afternoon for a two-day informal summit with Indian Prime Minister Narendra Modi. Modi will receive Xi in Mamallapuram – a UNESCO world heritage site, south of Chennai, on the shores of the Arabian Sea.

Ahead of the arrival of Chinese President Xi Jinping for an informal meeting with Indian Prime Minister Narendra Modi, Indian authorities have put in place elaborate arrangements to ensure a memorable reception, and have established tight security around the city of Chennai, focusing on the meeting's venue.

Indian Navy and Coast Guard warships have also been deployed in the Arabian Sea off the Mamallapuram Shore to provide a defensive from any seaborne threats.

​The city of Chennai and an over 50 kilometre stretch of roads to Mamallapuram have been decorated with flowered-arches. A drum ensemble from the neighbouring state of Kerala has been commissioned to give a traditional welcome to President Xi. The venue is out of bounds for tourists and locals.

​Ahead of the summit, Beijing pledged to fix trade balances with India. Private companies from both countries have signed more than 120 agreements for the export of various products from India, including sugar, chemicals, fish, plastics, pharmaceuticals and fertilisers.

Liu Changyu, Deputy Director-General of China's Foreign Trade Department at the Ministry of Commerce, said in New Delhi on Thursday that Beijing would encourage Chinese companies to invest in India, and expressed hope that New Delhi would provide a fairer, friendlier and more conducive business environment for Chinese companies.

Liu said, for a long time, the imbalance of trade in goods between the two countries had been a factor that complicated economic cooperation.

​"China has never deliberately pursued a trade surplus. China is fully aware that balanced trade is sustainable and beneficial to both sides," Liu said at a conference of the Federation of Indian Chambers of Commerce and Industry (FICCI), an umbrella body of trade and industry.

This will be the second time President Xi and Prime Minister Modi meet for an informal summit; the first was in the eastern Chinese city of Wuhan in April last year, after the Doklam standoff between the militaries of the two countries.