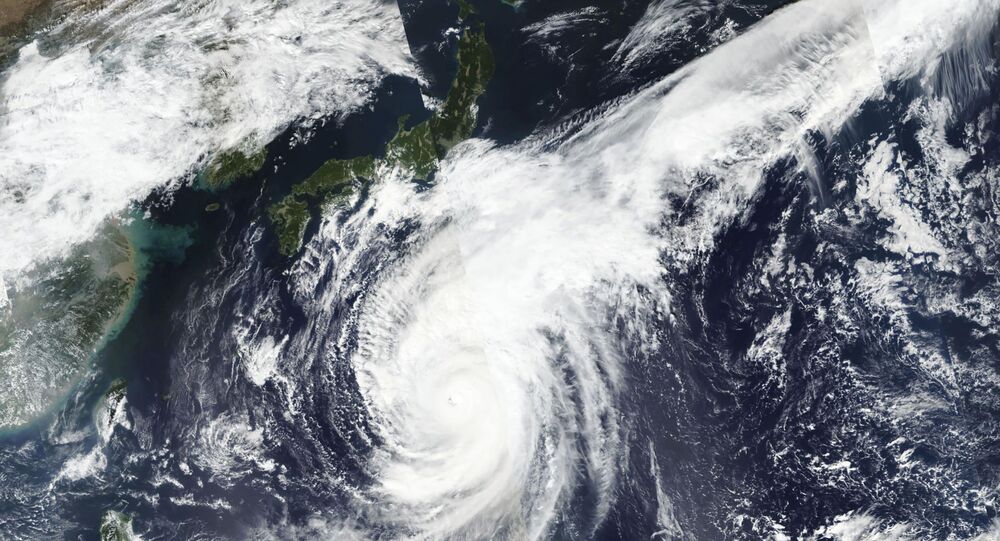 Japan's airlines are reportedly suspending all domestic flights operating from Tokyo's airports along with Japanese Railway companies, which are mulling over a temporary shut down of train traffic in the Greater Tokyo as Hagibis typhoon is set to hit the country this weekend.

The Japan Meteorological Agency earlier described the impending storm as "violent". On Friday, Japanese meteorologists warned that Hagibis forecasted to be the most powerful typhoon to barrel over Tokyo since 1958.

As Japan braces for potential damage from powerful Super Typhoon Hagibis, two Rugby World Cup matches scheduled for this weekend were canceled along with Formula One qualifying race in the Suzuka Circuit, where the Japanese Grand Prix is being held.

Hagibis is reportedly expected to hit western and eastern parts of Japan between Saturday and Sunday, the Japan Meteorological Agency warned earlier. The authorities have urged people to take precautions with the super typhoon approaching.

According to the forecast, local residents could see gusts of up to 140 mph (225 km), along with torrential rains and a risk of flash flooding.

Local media claim, citing meteorologists, that Hagibis could be more destructive than a typhoon that killed more than 1,000 people in 1958.

Over 200 Flights Cancelled in Japan Over Typhoon, Some 33,000 Houses Left Without Power