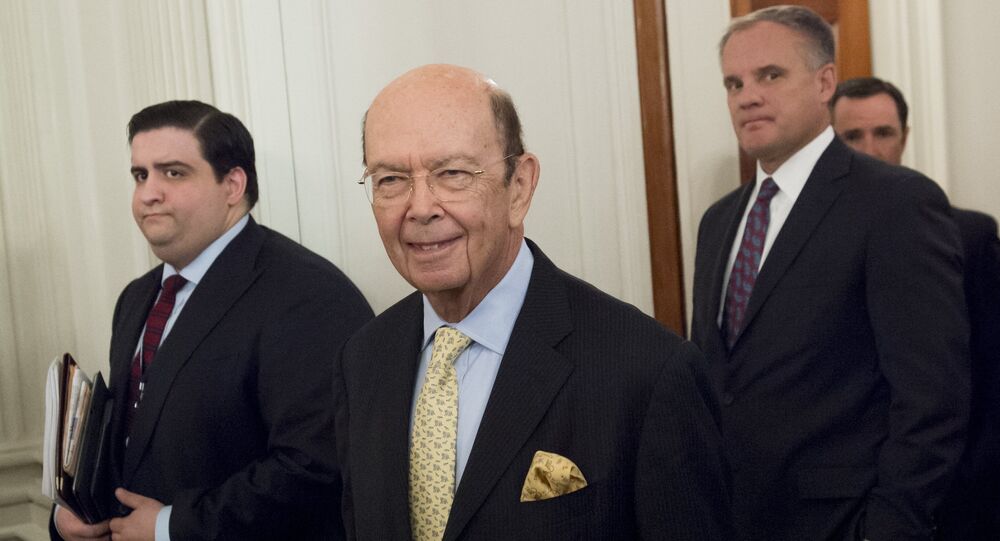 US secretary of Commerce Wilbur Ross said during a visit to Australia on Thursday that trade tariffs against Beijing were "forcing China to pay attention to our concerns".

Mr Ross told the American Chamber of Commerce in Sydney: “We do not love tariffs, in fact we would prefer not to use them, but after years of discussions and no action, tariffs are finally forcing China to pay attention to our concerns,”

He added that both countries "could have had a deal two-and-a-half years ago without going through the whole tit-for-tat that we have".

The most difficult problem to solve regarding trade with China was ensuring China adhered to agreement terms, Mr Ross told the Chamber of Commerce.

“Trade agreements historically have been very weak on enforcement,” he said. “Given the magnitude and the complexity of the changes we need, enforcement becomes an extremely critical component of any agreement that we make.”

The news comes after US and Chinese officials planned to meet in Washington Thursday to Friday for negotiations, despite Washington increasing tariffs on $250bn in Chinese imports to 30 percent, up from 25 percent, by next Tuesday, angering Beijing.

Negotiations have failed to make progress during talks on Monday and Tuesday, according to the South China Morning Post. The US has repeatedly accused China of intellectual property theft and cybertheft, as well as demanding further access to Chinese markets to US companies.

The US Secretary of Commerce's visit to Australia comes a day after Forbes revealed that American authorities were trying to gain access to Australia's rare earth minerals market amid fears that China could potentially cut off supplies to US manufacturers, as indicated in an Australian Government report outlining its critical mineral's strategy.

US officials announced its strategy to secure critical minerals in June to ensure that Chinese retaliation against Washington would not result in crippling deficits in supply chains needed for American technologies, ranging from F35s to mobiles and computers.

Trade tension have accelerated between Washington and Beijing after the latter said it would begin accelerating efforts to increase foreign investment after the White House mulled limiting US businesses in China, despite US officials previously stating that they wanted greater access to Chinese markets.

But US president Donald Trump tweeted in early October that the US will keep a hardline stance on negotiations, stating that “we are winning and we will win," referencing the trade war.

US firms have been hit hard after stocks plummeted 800 points over two days from 2 October, strengthening fears over an imminent economic shutdown across the US. The news followed reports revealing the worst manufacturing figures published in a decade, as well as labour markets hiring fewer workers than in August, with the trade war and potential impeachment inquiry cited as other contributing factors, CNBC reported.

China Blasts 'Sinister Intentions' of US Visa Restrictions on Xinjiang

US Mulls Currency Accord With China in Partial Trade Deal - Report