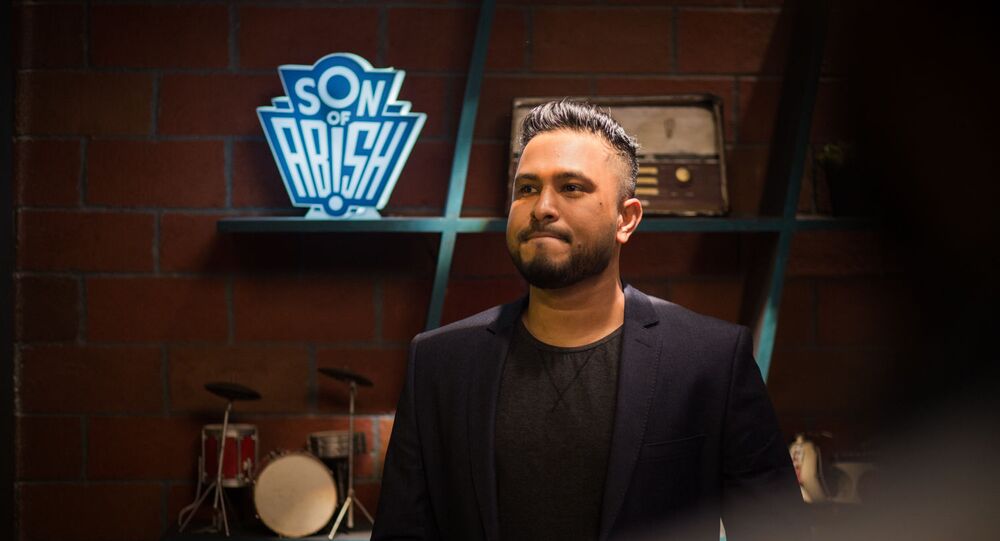 New Delhi (Sputnik): Open mics and standup comedy culture have grown exponentially in the country as India witnesses a paradigm shift in the kind of entertainment content that audiences are demanding.

According to the 32-year former RJ, standup comedy is witnessing a boom hereis because it makes communicating with a mass audience much lighter, easier and effective.

“Standup as an art calls out the current situation of whatever it is. Humour is not the wagon, it is the wheel of the wagon that full of references and humour is what pulls it across. Humour has the power of bringing anything up and across,” Abish says.

The host of Indian talk-show “Son Of Abish” said, as an art, comedy and open mic content hold the power to weave the diversity of Indian culture from all age groups and walks of life into one ‘common narrative’.

“The objective of comedy is not as much as to make people laugh, as it is to make people happy. We want people to laugh wholeheartedly in our shows and go back home happy - without even knowing why. Comedy shows today are the town hall for this generation where people from all the communities come together, relate to a common narrative and incorporate changes in their style of living,” he adds.

India has the largest population of young people in the world and Indian youngsters today advise leaders to listen closely to what is being mocked via comedy shows to get the pulse of various issues from a millennial perspective.

“When comedians make joke on overpriced big fat Indian weddings or auto drivers refusing to charge according to meters and people laugh, it’s basically a cue for our politicians. Instead of getting offended on jokes, leaders must listen carefully to what people are relating to and laughing at,” Sheena Sharma, a 26-year-old engineer from New Delhi, explains.

According to Sharma, today one does not even need to get out of his or her comfort zone to watch standup now that over-the-top players (OTT) have brought content to all kinds of screens.

OTT platforms, like Amazon Prime Video and Netflix have recognised the popularity of standup artists and gave them hour-long specials.

“OTT platforms and native social media platforms like YouTube, Facebook, WhatsApp and Instagram have gives us platforms to communicate to an audience at large. Without their support, we would have just been doing open mics, trying to sell tickets,” Abish continues.

Gearing up for the launch of the sixth season of his Amazon Prime talk show special titled “Son of Abish”, the comedian feels that the purpose of comedy, in general, is to make people laugh and create a collective awareness for every age group in India.

“This allows us, as artists to guide our community via comedy towards simple, endearing and unadulterated happiness,” Abish notes.